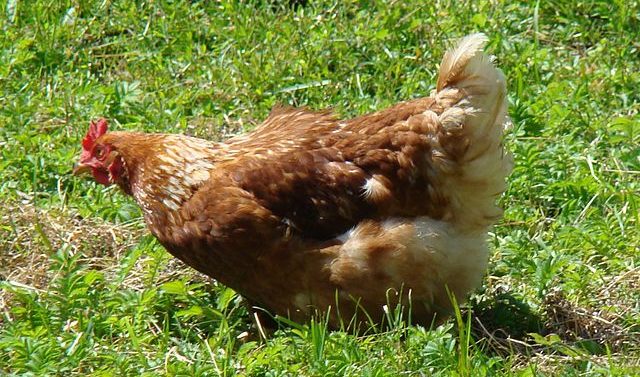 Hey, all you folks in Athens who are surreptitiously raising chickens in your backyards or wish you could. Move to Cobb County!

The Cobb County Commission has approved an ordinance allowing residents to keep hens, as long as their neighbors say it’s OK. Meanwhile, the pro-chicken forces in Athens have thus far been unsuccessful. In other words, the Atlanta suburbs are now more progressive than us. Terrific.

(T)hose interested would have to get a response from their neighbors and renew permission with the county every two years.

The current ordinance doesn’t allow residents to own any livestock — poultry included — on a lot less than two acres.

Dozens of supporters attended the meeting and spoke in favor of a change, many wearing buttons and yellow shirts. But many were still unhappy with the proposal because it limits the number of birds and only applies to hens, ruling out ducks and other poultry.

“Backyard poultry has moved beyond the rural perception and is becoming more mainstream,” said Annie Jones Wyatt, a Cobb resident and graduate student. “While a promising start, Cobb’s code amendments are not yet satisfactory. There are still too many hoops to jump through.”

Hear a New Song from k i d s