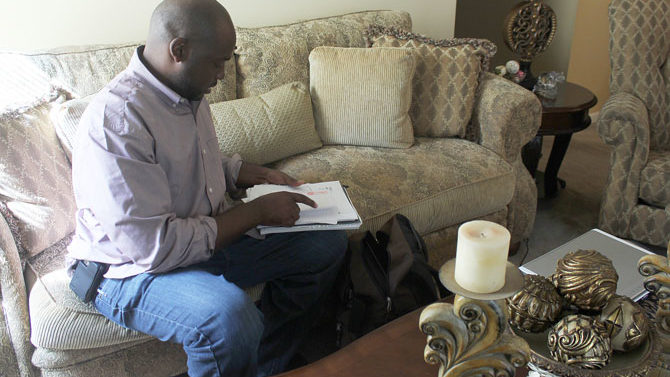 This is not your typical story about home foreclosures. This one has a happy ending.

Take Jae Troy, who bought a home with his wife and baby near Bogart. Despite juggling school expenses—he’s gone back to college to get his degree—and a modest family income, the Troy family is able to make their monthly mortgage payment. 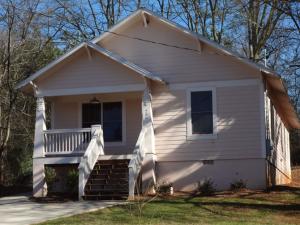 An Athens Land Trust house in the Hancock corridor neighborhood.

That’s because Troy and several hundred other low-income homeowners in the Athens area purchased their homes through programs that aim to get families into their own homes. And as a result, despite the weak job market and the expenses that arise as a homeowner, there are no foreclosures among this group of otherwise high-risk borrowers.

Troy bought his home through the Athens Area Habitat for Humanity, but the Athens Land Trust and the Athens Housing Authority offer similar programs. While the process for getting into a home is different for each organization, the end result is a financially stable family and fewer foreclosed homes on the market.

The very few foreclosures among home-buyers who go through the Habitat, Land Trust and AHA programs are not just related to the low purchase price (homes typically sell for less than $85,000). It’s also a deeper connection to their home and their community that helps keep families on the right track, experts say.

“Some programs, they sell a family a house and it’s very hands off,” ALT Director of Operations Heather Benham says. “Ours, we generally consider ourselves partners with a family from here on out. Because we want them to be successful, we want the house to stay good because it’s a good asset to the community and the program to help other families.”

Support from the Ground Up 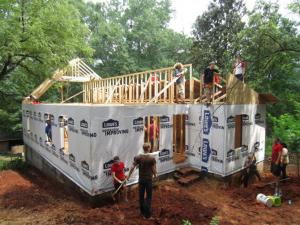 Volunteers work on a Habitat house on Carter Drive.

At ALT, the organization renovates an older home or builds a new, energy-efficient one, then sells it to a family who earn no more than 80 percent of the area’s median income—for example, $42,750 for a family of three. Athens First Bank & Trust works with ALT to secure a mortgage, and if the family ends up selling the home in the future, they must sell it back to ALT, so that another low-income family may have a shot at an affordable house (prices range from $60,000 to $95,000).

“My feeling is, one reason it works is because we say we’ll buy the house back,” Benham says, “So, on the front end, as a developer, we try to make something that’s worth buying back. Whereas most times, people are building something to sell and that’s it.” The program has completed 18 houses, has another 56 under contract, and none of their clients have got into foreclosure, she says.

That same connection to a house is also the driving force behind Habitat for Humanity. When a homeowner volunteers 500 hours to build someone else’s home, then supervises the construction of their own home, they will be sure it’s done right, Executive Director Spencer Frye says. “I think you get vested into this process, through the selection criteria and the idea that, I would venture to say, 99 percent of homeowners don’t even get a chance to build their own house,” he says. “We assign homeowners as quality control for their own house.”

Families may qualify for the Habitat program when they earn 60 percent or less of the local median income, but Frye said many of their homeowners make far less than that. “A lot of folks come in at about 35 (percent); if I see a 40 percent, I’m excited. We rarely break 50 percent.” In Clarke County, according to Habitat’s latest guidelines, a family of three earning 35 percent of the median income brings home $18,725 a year. 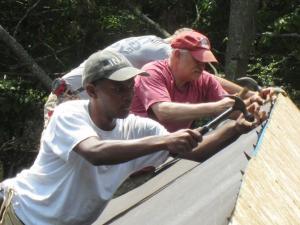 Habitat has built 76 homes since the Athens chapter got its charter in 1988, and three homes since then have changed hands, not counting a few that were sold due to the death of a homeowner, Frye says.

Because Habitat self-finances its homes, it also has more leeway in setting payment amounts and schedules. Although both Athens Land Trust and Habitat work with families on budgeting and payments, being your own bank adds some flexibility, Frye says. At the same time, Habitat includes a buyback clause in the sale of the home; the organization gets to buy back the property for the same price as what the family has put into it. “But after 25 years, it’s yours free and clear,” he added. “You don’t have a lot of turnover in these properties because these folks are so invested.”

Another program run by the Athens Housing Authority has helped bring new, owner-occupied homes to areas that once were run-down neighborhoods. AHA has built 22 single-family homes in the East Athens, Hancock and Brooklyn neighborhoods, and none have gone into foreclosure, according to Marilyn Appleby, marketing and communications director. Another development of 12 homes, Savannah Heights in East Athens, has four homeowners.

AHA’s requirements also include a combination of credit counseling, a minimum income and a continued connection with AHA after the sale, Appleby says. “After purchase, homebuyers must attend post-purchase counseling within the first year of purchasing the home,” she says. “After the one-year period, the AHA takes a less direct relationship with the buyer yet remains a resource if there are questions or concerns.”

With the AHA, home buyers get two mortgages, one through a traditional lender for at least $70,000 and another through federal grants. The federal loan is repaid when the home is sold.

Families on a New Path

Aside from the credit counseling and some flexibility with payments—something not available for mortgage holders through, say, Bank of America—the low-income homeowners who enter these programs benefit from an intangible aspect of owning a home: the inherent successes that go along with housing stability.

“This is the first generation, for many, who even owned a home,” Frye says. “Think forward to how this will affect generations to come for this family. Creating a model of homeownership, the children will do better on their schoolwork, they will have less behavioral problems, they will be more likely to own their own business and go to college. Those are all the traits of children of homeowners.”

It’s reflected in Troy’s life, too. Even his job, as program manager for the Athens Habitat office, came up after he was fully invested in the program as a potential home-buyer. “It’s independence, definitely independence,” he says of owning a home. “And it’s an all-around good thing to own something, especially as much as it’s helped me out.”

Troy says he never saw himself as a home builder. But after volunteering with Habitat and working on homes for months, he realized he enjoyed swinging a hammer and teaching others, too. Today, he’s studying computer-aided design to make his own house plans, and he spends so much time at Habitat that it turned into a full-time job.

The down economy has forced these organizations to rethink how the programs are structured, reacting to both uncertain homebuyers and lenders. Recently, sales have slowed because potential buyers are unsure about their job, Appleby notes. And it’s been difficult finding financing, Benham says. “So, we’re working on creating new programs so we have more options, and not just for our buyers,” she says. “It’s kind of hard already for anyone to get a mortgage, and it’s just going to get harder, which is a scary thought.”

A drop in funding has also forced Habitat to rethink how it defines the concept of affordable housing, Frye says. “If you already own your home and you can’t afford to fix your roof, then you need affordable housing,” he says. “So, we’ve branched out in these other areas, where we can help people with these other issues.” Habitat now helps remodel bathrooms and build wheelchair ramps, and a new weatherization program helps homeowners save on their utility bills—something the local nonprofit ACTION Inc. has been working toward as well.

Whether it’s keeping people in their existing homes or gathering an army of volunteers to construct a new one, the idea that the homeowners are part of a larger community is what makes the programs a success.