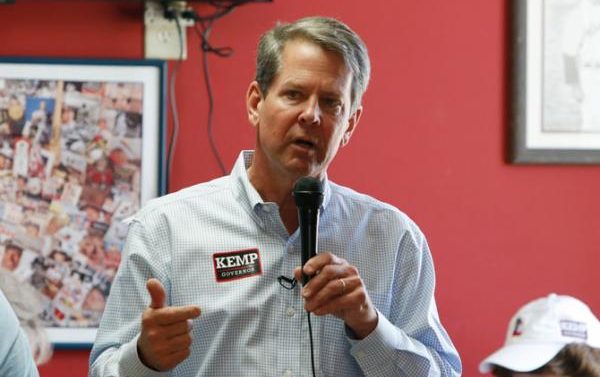 Gov. Brian Kemp has lifted the statewide shelter-in-place order effective Friday, even as hundreds of new COVID-19 cases are being reported daily, and Mayor Kelly Girtz and medical professionals warned that Georgia is not out of the woods yet.

The shelter-in-place order restricting travel except for essential business has been in place since Apr. 3. Last week, Kemp allowed certain businesses—including nail and hair salons, tattoo parlors and bowling alleys—to reopen, and restaurants could reopen their dining rooms starting Monday, although many have chosen not to do so. Today, he extended safety guidelines for reopened businesses, such as requirements that employees wear protective gear and limit capacity, through May 13. He also ordered the elderly and “medically fragile” people to stay at home through June 12.

“What we’ve done has worked,” Kemp told the AJC. “It’s given us time to build our hospital infrastructure capacity, get ventilators and ramp up testing. That’s what really drove our decision.”

He said that people should continue to wear masks while grocery shopping, but don’t have to wear one outdoors.

Hospitals may be on a better footing now, but testing remains sporadic, and Georgia has not seen a decline in new COVID-19 cases, although there is some indication they have plateaued. The state reported 723 positive tests and 32 deaths on Wednesday, according to Lee Becker of Oconee County Observations, bringing the total cases in Georgia to about 25,000, with more than 1,100 deaths and 5,000 hospitalizations.

“Gov. Kemp’s recent actions were not informed by science, and they put both our health and our economy at risk,” Rebecca Mitchell, an Emory University epidemiology professor who’s running as Democrat for a state House seat in Gwinnett County, said during a virtual news conference arranged by Protect Our Care, a group pushing for Medicaid expansion. If Georgia had accepted federal funding to expand Medicaid, 726,000 uninsured Georgians would have health coverage, according to House Minority Leader Bob Trammell of Luthersville.

“We need to be clear that a strong and safe Georgia depends on leaders who will prioritize public health and frontline workers,” Mitchell said. “Our goal should not be simply staying below the maximum capacity of our health care system, because by placing that bar that low, we’re asking that entire system to work at maximum capacity for an entire year, and that’s an extremely large ask.”

While Kemp lifted the statewide shelter-in-place order, he is not allowing local governments to re-institute their own. Athens-Clarke County Mayor Kelly Girtz—who also criticized Kemp’s earlier decision to let some businesses reopen—said he is worried about the message Kemp is sending by lifting the state order.

“If it’s, ‘The crisis is over, and we’re safe now,’ that’s dangerous, because it’s not over, and we’re not safe,” Girtz said. He said that Kemp should have provided clear metrics and specific measures they would trigger, such as allowing nonessential businesses like dress shops to do curbside pickup, then letting them open to limited numbers of people wearing masks.

On the bright side, Girtz gave an interview from the parking lot of the Kroger on Highway 29, and reported that customers from several counties were practicing social distancing.

“People have actually gotten increasingly good about wearing masks in the store,” he said.