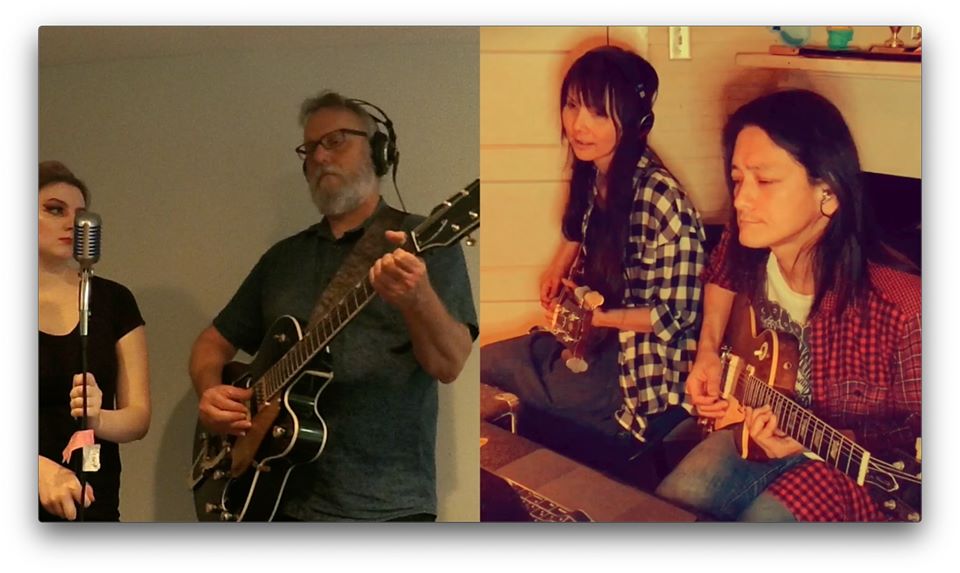 Responding to the COVID-19 crisis, local musician Joe Wiley has collaborated with a handful of notable names to create a music video that follows the suggested guidelines of sheltering in place.

“I’ve been by the bedside of a family member dying of lung failure, and I was one of the family members administering morphine,” says Willey about an experience from a few years ago. “Generally, in hospice care, morphine is palliative care given at the end of life. I started thinking about the song ‘Sister Morphine’ since I know a lot of people are probably dying of lung failure, without even having any morphine available. When I listened to the song I had an emotional reaction, and I felt more connected to the dying and the healthcare workers taking care of them. I contacted my band and some other musicians around Athens to see if there was any interest in making a video, and I received a great response.”

First released by Marianne Faithfull, and appearing on The Rolling Stones’ Sticky Fingers shortly thereafter, “Sister Morphine” was mixed by Jay Rodgers and mastered by Joel Hatstat this time around. Alongside Joe Willey and the Movin’ Men—comprised of Joe and Nelita Rose Willey, Dan Horowitz, Jake Bennett and Dr. T—the video features George and Yuria Hatori of Pinky Doodle Poodle, Adam Poulin and Eddie Glikin of Klezmer Local 42, and Claire Campbell of Hope for Agoldensumer. Footage of everyone’s isolated recordings are layered with images by Sean Dunn of Five Eight, who has been producing incredible photographic observations of our still, strange landscape every day that passes during the pandemic.