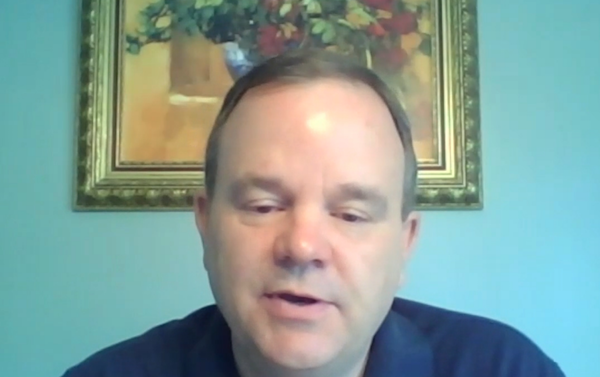 John Daniell is interviewed via Zoom.

Citizens will not be allowed to attend the agenda-setting meeting of the Oconee County Board of Commissioners on Tuesday, but they will be able to watch via a livestream on YouTube.

Oconee County Board of Commissioners Chairman John Daniell announced that decision to hold the agenda-setting meeting as usual, but minus an audience, in an interview of just more than 30 minutes length via Zoom on Sunday morning.

Shortly after that interview, the county sent out a public announcement of the meeting.

Daniell said in the interview that the livestreaming is a test for the county and, if successful, could be used for the next town hall meeting and to hold required hearings with the citizens on the proposed Special Purpose Local Option Sales Tax–without an audience if necessary.

Daniell also expressed satisfaction with the decision to declare a county emergency that restricts citizen and business behavior but does not require citizens to shelter in place, saying that one of his concerns was that the latter would work only if it were in place for up to 18 months.

Daniell also said that he has held meetings with representatives of the area hospitals and learned that, at present, the hospitals are not over-extended.

For more, including a video of the full interview, visit Oconee County Observations.

Athens Bars Can Now Sell Beer and Wine to Go