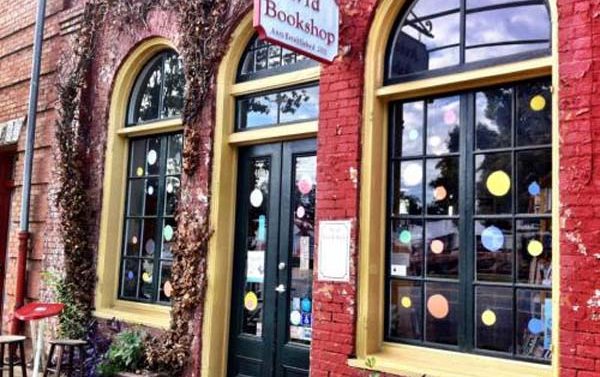 Avid Bookshop shut down the annual book fair it holds at Athens Academy today after an administrator told booksellers to hide a book that features gay characters, according to owner Janet Geddis.

The director of the Oconee County private school’s “lower” (or elementary) school told Avid staff to remove The Best Man by Newbery Medalist Richard Peck from display after a parent complained on Wednesday, Geddis said. The Best Man “tells the story of small-town life, gay marriage and everyday heroes,” according to Avid’s website.

Avid posted at length about the incident on its Facebook page:

The complaint was that the book featured gay characters. After the book was removed, we were told that it had to be completely hidden from view and placed back in a box so no child could accidentally discover it. Later, the director of the lower school requested that all of our books be reviewed by the administration for more “objectionable” (which we interpreted as “queer”) content, and all those books be removed as well…

We gave them an opportunity to put the book back with the other Georgia Book Award nominees and issue a public apology, but they refused.

Our staff is uncomfortable working in an environment that condones this kind of censorship, and so we will not be hosting the final day of the book fair at Athens Academy, as planned.

Avid said the books that would have been available for purchase at the fair will instead be displayed at the store’s Five Points location. In addition, 10 percent of proceeds from the sale of children’s, middle-grade and young adult books will be donated to Athens LGBTQ Youth Group through Sunday.

Flagpole reached out to Athens Academy for comment and will update this post if and when they provide one.

UPDATE: While Athens Academy still has not responded to Flagpole’s request for comment, Head of School John Thorsen sent an email to parents expressing regret over the handling of this incident.

Two Athens Churches That Split Over Gay Marriage Start Over

Who’s Running for Which Office in Athens?