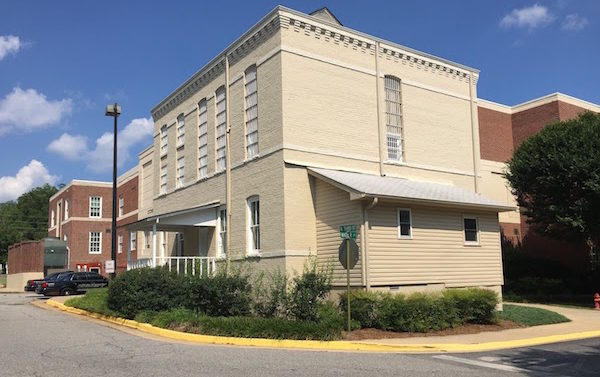 Oconee County commissioners are considering a plan to tear down the old, unused jail tucked at the rear of the existing courthouse in Watkinsville and to build an addition to the courthouse where the old jail now sits.

Oconee County Board of Commissioners Chairman John Daniell announced the proposal at the end of a town Hall meeting held by the commissioners Thursday night at the Community Center in Veterans Park.

Eighteen people other than the commissioners attended the meeting, which covered a range of topics, including the Animal Shelter, Mars Hill Road, the proposed widening of U.S. 441 and the possibility of a property tax rollback.

Daniell told the group that the commissioners have not reached agreement on what to do to address county space needs long term but that a proposal to build an addition where the old jails sits was offered by a group studying courthouse security and is now under consideration.

Courthouse security is under the control of the sheriff, and discussions of the topic are shrouded in secrecy.

Daniell did not provide any details about the composition of the group that recommended demolition of the old jail or about the proposed use of the additional space.

He merely said that in studying courthouse security needs, the group had proposed that the jail be demolished and the courthouse expanded.

Daniell said the proposed addition was a stopgap measure, that ultimately the courthouse itself will house only judicial operations, and that the Board of Commissioners has not agreed on where to locate the administrative offices.