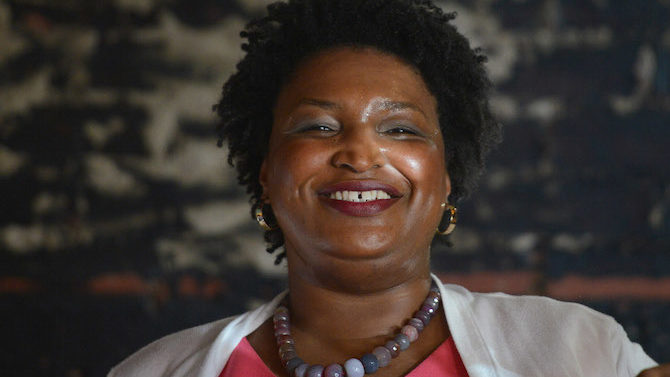 In 2011, when Republicans voted to cut the HOPE Scholarship that, until then, had provided free college tuition to every Georgia high-school student with a B average, they had help from an unlikely place: Stacey Abrams, the highest-ranking Democrat in the state House.

Abrams made an agreement with Gov. Nathan Deal that, if he removed a provision tying HOPE to test scores and included low-interest loans for students who would no longer have their full tuition covered by HOPE, she’d back the bill. The move split her caucus, and could come back to bite her as she runs for governor. One of those who criticized her actions was state Rep. Stacey Evans (D-Smyrna), who’s now her opponent in the May 2018 primary.

“The argument that we should let the HOPE Scholarship die so we could use it as a political tool four years later is absurd, because students don’t have the luxury of a do-over, especially four-year-olds who’d lose access to pre-K,” said Abrams (D-Atlanta).

She has no regrets about the deal.

“I am proud of the work we did to preserve the HOPE Scholarship when it was on the verge of bankruptcy,” the House minority leader told reporters during a campaign stop Saturday at Pulaski Heights BBQ that drew several hundred sweaty onlookers (with, perhaps, an assist from the old-school Georgia tradition of free pulled pork at political rallies).

This is a common theme among Democrats. For example, the party’s 2014 nominee, Jason Carter, introduced a bill as a state senator setting an income cap of $140,000 to receive HOPE, although he backed away from that approach late in the campaign. Abrams’ approach is slightly different: HOPE it exists now would remain in place, but students who qualify for federal Pell grants would be eligible regardless of grades.

“I think it’s dangerous to set a specific income gap because you don’t know a family’s circumstances,” she said. “The father may have access to money but isn’t willing to invest in the child’s education.”

Meanwhile, Evans has proposed allowing students who didn’t earn HOPE during high school to get it if they meet the grade-point criteria in college.

Evans’ name was never mentioned, but the two share something in common: A hardscrabble upbringing that’s at the center of their stump speeches. Evans was raised by a single mother in Ringgold. Abrams’ father overcame dyslexia to become first in his family to go to college, and her mother was valedictorian despite being the first person in her family to graduate from high school; she went on to earn a college degree in Wisconsin, where Abrams was born.

They raised their family in Gulfport, MS. In spite of their education, her mother worked at a library and her father on the docks. They “teetered between working class and working poor,” Abrams said.

Abrams grew up to become a lawyer who’s also an accomplished romance novelist and has a master’s degree in public administration. Her siblings include an anthropology professor, a federal judge, a social worker and an evolutionary biologist—and a drug-addicted brother who’s serving time in a Mississippi prison. Abrams finds room in her stump speech for him, too, as an example of those who’ve been left behind.

Once, she said, the family went out looking for their father, who was hitchhiking home from the grocery store in the rain, without his coat, which he’d given to a homeless man. When they asked him why he’d do such a thing, he said, “I knew that man would be alone, but you’d be coming for me.”

Which brings us to the speech’s kicker: “I’m coming for Georgia.”

While her biography takes up the bulk of her speech and, this being a college town, most of reporters’ questions focused on HOPE during a brief press gaggle, Abrams also touched on health care, economic development and other issues.

She called Republicans’ decision not to accept federal funding to expand Medicaid “an abomination” that has cost 500,000 Georgians health insurance and cost the state 56,000 quality jobs in the health-care industry.

That has “crippled our economy,” Abrams said, as has the GOP’s economic development policy of using incentives and the lure of a low-wage workforce to bring in out-of-state factories and warehouses.

“Right now Georgia spends hundreds of millions of dollars on economic development, but they do that to steal companies to provide low-wage jobs to our families,” she said. “I believe if we re-invest those [funds] in entrepreneurs and small businesses and access to capital, we could create as many jobs as if we steal a company from Indiana.

Probably the biggest applause, though, came when Abrams addressed electronic voting machines and state policies that discourage voting. For Secretary of State Brian Kemp, a Republican candidate for governor who’s gone after Abrams’ voter-registration organization, “voter suppression is a way of life,” she said.

She called for a paper trail, making photo IDs easier to get and replacing Georgia’s outdated voting machines, which she said could be vulnerable to hacking.

In the eternal debate over Democrats’ electoral strategy, Evans is widely viewed as the candidate who has the better chance of luring white working-class voters back into the fold. Abrams is counting on turning out people—many of them minorities—who skew Democratic but rarely, if ever, vote.