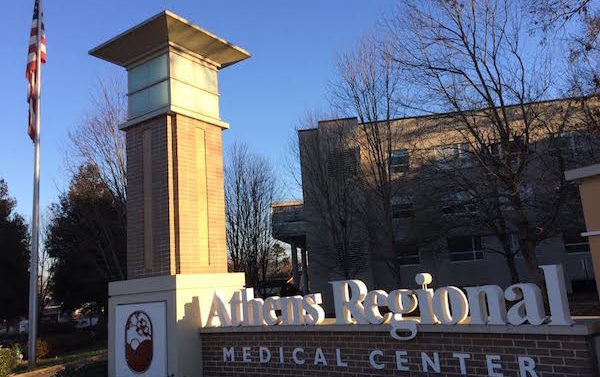 The boards of ARMC, its parent company Athens Regional Health Services and the Hospital Authority of Clarke County voted unanimously in a closed-door meeting last night to pursue what the hospital described as “a strategic affiliation” with the Atlanta-based hospital chain, which also includes branches in Fayetteville, Stockbridge, Jasper, Newnan and Covington.

Administrators informed staff of the pending deal earlier this morning.

“From our comprehensive process and discussions, we are confident Piedmont Healthcare is the right long-term strategic partner for Athens Regional. Piedmont shares our vision to grow services, protect what we’ve built and make sure that the community has access to affordable, high-quality healthcare for years to come,” James Hopkins, chairman of the Athens Regional Health System Board of Trustees, said in a news release.

No details about the partnership were released. The vote on a non-binding letter of intent gives administrators an exclusive negotiating window to finalize details and conduct due diligence, and the agreement is expected to be completed next spring.

“Once this transaction is completed, Piedmont will provide additional operating and clinical support, while Athens Regional remains a not-for-profit health system with a local identity and governance,” according to the news release.

Hospital administrators announced in July that they’d be seeking a partner.

At the time, CEO Charles Peck said that the hospital’s financial situation had improved since a scandal involving a poorly implemented electronic records system and the subsequent firing of former CEO Jamey Thaw.

However, due to changes in the health care industry, such as consolidation among insurance companies that reduced hospitals’ negotiating power, Peck said a merger is necessary for the hospital to grow.

The Dollar Theater at the Mall Is Closed