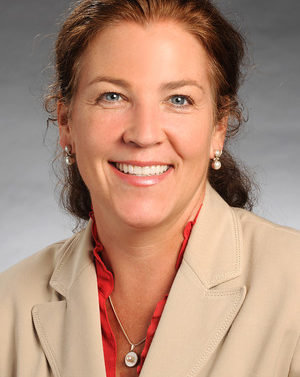 State Rep. Margaret Kaiser, the daughter of Athens-Clarke County Mayor Nancy Denson, is considering running for mayor of Atlanta in 2017, according to Creative Loafing.

“I want to consider my options,” she told reporter Max Blau. “But if I run, it’s going to be because I think I would be a damn good mayor.”

Kaiser, a Grant Park restaurant owner and a Democrat, was first elected to the legislature in 2006, and has a reputation as someone who works across racial and party lines.

Mayor Kasim Reed, re-elected in 2013, must step down by law at the end of his second term. CL speculates that a number of current and former city council and Reed Administration members could run, as well, but Kaiser would be the only candidate from outside of Atlanta city government.

When Denson was running for mayor for the first time in 2010, the rumor was that she had wanted to run for Keith Heard’s House seat. (Heard later was ousted by Spencer Frye.) But Kaiser discouraged her, believing that the novelty of being a mother-daughter team in the legislature would overshadow anything else they did.

I guess it’s OK for them to both serve in City Hall—as long as they’re different city halls.