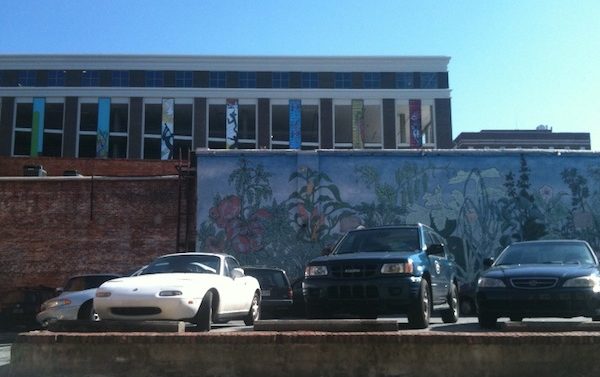 Nothing major happened at the Athens-Clarke County Commission meeting Tuesday, Sept. 2, but here are a few newsworthy tidbits.

The commission approved free parking for citizens attending agenda-setting and voting meetings at City Hall; you’ll be able to get a voucher good at either the College Avenue or West Washington Street decks. Commissioners also expressed an interest in extending the policy to committee meetings and work sessions. Athens for Everyone’s Tim Denson challenged the mayor and commissioners to ride Athens Transit to their Oct. 7 meeting and urged them to offer free bus rides to meeting attendees as well.

The commission also voted 8–1 to approve (for a second time) an easement on the former Armstrong & Dobbs property that will allow developers Selig Enterprises and Landmark Properties to build an embankment, rather than a retaining wall, along the future rail-trail that will run behind their student apartment complex. Commissioner Jerry NeSmith argued that “the exchange is not a fair deal” and will benefit the developers more than the public, but Commissioner Kelly Girtz retorted that it is “a much preferable item, just to have that green slope rather than have that stark retaining wall up against the public property.”

Commissioner Jared Bailey was critical of Mayor Nancy Denson hand-picking retired ACC official Steve Martin as county auditor, but Martin and the commission’s Audit Committee “are doing a lot of work,” Bailey said. “I think we will see some great results in the near future. Things are coming along.”

A trampled fence along the Loop near Bailey Street—where a woman was killed trying to take a shortcut across the freeway in May—has been repaired and signage installed, Commissioner Allison Wright said. “I hope it does lead folks to go down to [Lexington Road] where we have excellent sidewalks so that they can get to the businesses where they’re traveling,” she said.

Commissioner George Maxwell said he saw traffic backed up Broad Street while trying to turn left onto Thomas Street during the Clemson game weekend and asked how that intersection can be improved. And Girtz wanted an update on the state Department of Transportation’s safety audit of Prince Avenue.