Mayor Denson: Athens Is a Magnet for Poor People 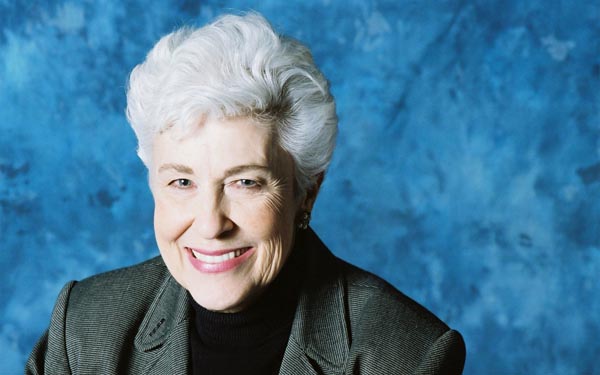 Mayor Nancy Denson bragged on Caterpillar, wept over losing Selig and said she will run for re-election on bringing business to Athens at a Federation of Neighborhoods meeting Monday night.

Denson and Athens-Clarke County Manager Alan Reddish spoke about how local government works at the meeting (held the first Monday of every month in the old Prince Avenue firehall).

Several people asked about Athens’ high poverty rate. Denson said “Athens is a magnet” for poor people who come here “because they know they can get help.”

“We bring people out of poverty all the time” she said, but more come to fill their places. And the new Caterpillar plant will be “life-changing for families” who can “buy homes to have a life they never dreamed of having.”

“It’s very sad for all of us” to lose Selig, she said, but “I have high hopes that we’re going to get something as good or better” and we have “already gone through most of the pain” of vetting the requirements so that should make it easier next time.

Addressing fraternities, Denson said they “don’t get an open-arms welcome in most of the places they want to go to.”

She said she is looking forward to “some beautiful development” in the Hawthorne Avenue/Broad Street area with the Athens Housing Authority’s Pauldoe redevelopment.

Is Athens business-unfriendly?  “We do have strong, tight development standards” but “I’m not hearing that conversation much anymore,” Denson said.

Implementation of the downtown master plan is “a little nebulous right now,” Denson said, and commissioners are likely to “accept” but “not adopt” Jack Crowley’s report. (She’s big on accepting but not adopting reports.) She said she sees the plan more as enumerating possibilities rather than prescriptive.

Denson would not comment on hiring a new Housing and Community Development Department director, but Reddish scolded me for asking a “baiting” question about whether the new director must be black. “There is no requirement for any position to be of a certain race,” he said.

Apply for an AthFest Educates Mini-Grant