Carbon Footprints Are Complicated. Where Do Ya Draw the Line? 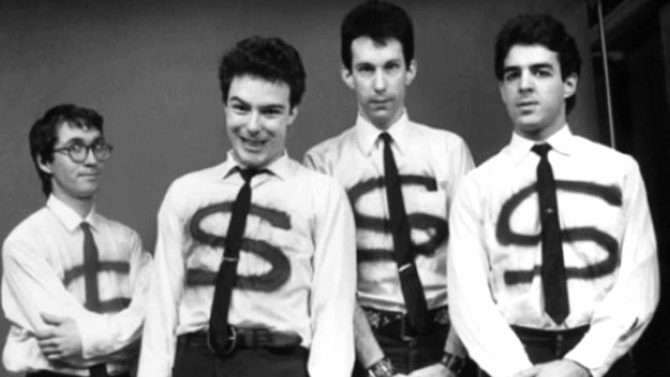 Everything that humans make has embodied resources, from an artisanal reclaimed wood table to an asphalt-encircled shopping mall. The most common term related to this is “embodied energy,” but almonds have come under scrutiny lately for their embodied water. Concrete is notorious for its embodied carbon or carbon dioxide, not just because of the energy required to produce it, but because Portland cement—the binder in concrete—releases about half a pound of CO2 per pound of cement when it is made.

Embodied resources are one component of the broader idea of Life Cycle Assessment (LCA), in which the cradle-to-grave benefits and impacts of a thing are evaluated. In other words, LCA can incorporate what it took to make the thing, but also what happens while you use the thing, as well as what happens when it reaches the end of its useful life.

A crucial element of both LCA and embodied energy (or water, etc.) is the boundary at which you stop your analysis. Take a simple red clay brick, for instance. Surely we are interested in the energy used to fire it and the fuel used to transport it to the building site. How about the fuel used to extract the clay and bring it to the brick factory? Or the fuel used for commuting by all of the workers involved in the process? Or the embodied energy and water—and energy to treat and supply the water—of the food that nourished them at work? You need to decide a reasonable place to draw the line.

Take a walk by the future site of The Mark, the apartments under construction at Oconee and Wilkerson streets, and you’ll see the implications that site selection has on the embodied energy of a building development. There was a tremendous amount of digging and blasting required for that project, not to mention sorting and moving the materials that were extracted around the site. On the other hand, a lot of those materials can be put right back to use in the project instead of hauling them from somewhere else.

There is no question that a local food economy has a lot of benefits, but I often think of a 2007 study out of New Zealand that compared the carbon footprint of British-grown lamb to lamb from down under that was shipped to the UK. They found that despite traveling 11,000 miles, the New Zealand lamb produced a quarter of the greenhouse gases compared to domestic lamb because of the embodied carbon of the feed used in Britain; New Zealand has more available grassland and a longer growing season, and so needs much less supplemental feed. The bottom line is that miles traveled aren’t always the worst offender in a food system.

A common but misguided criticism of solar panels is that it takes more energy to make them than they ever produce. This may have been the case for the modules used for aerospace, but modern solar panels have an energy payback of one to three years, depending on where they’re made and where they’re used. Wind turbines are similarly maligned, but a recent LCA by researchers at Oregon State University shows that a two-megawatt wind turbine has an energy payback of about six months. In other words, it takes six months for it to generate as much energy that is used to manufacture, install and eventually deconstruct and dispose of it.

The next time you pick up a product in the store, choose a construction material or have a choice between buying something used versus new, consider all of the processes that took place to put it, fully formed, in front of you. Then consider how long you’ll use it, what resources it will need while you do, and what will become of it when you don’t want or need it anymore.

Watch This Space: Solarize Athens is a new initiative that aims to take advantage of bulk solar installation prices by bringing together a large group of property owners to install solar all in one big project. Stay tuned for a future story here. Time is of the essence, as federal tax incentives for solar go away at the end of 2016.