CHaRMed, I’m Sure: The Center for Hard-to-Recycle Materials Is Open 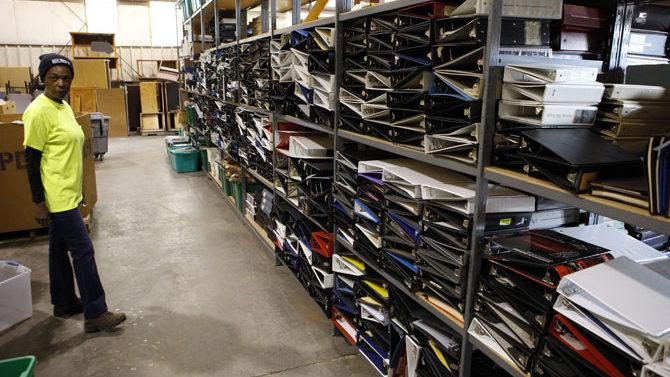 In the sustainability biz, the golden rule to maximize recycling rates is to make it just as easy for someone to recycle an item as it is to send it to the landfill. The Athens-Clarke County Solid Waste Department, now headed by longtime recycling coordinator Suki Janssen, deserves a lot of credit for making it as easy as possible with the single-stream recycling we’ve enjoyed since 2011. It’s almost easier to list the things that can’t go in the single stream bin than what can: Film plastics, No. 6 plastic, hardcover books and shredded paper are recyclable but forbidden from the single stream, mostly because they are incompatible with the sorting process. Because of that, they often wind up in the landfill, where space is a finite and continuously dwindling resource.

Now, as of the first week of November, we have a convenient place to bring these and other items: the CHaRM, or Center for Hard to Recycle Materials. Located at 1005 College Ave., near the intersection with Cleveland Avenue and Willow Street, the SPLOST-funded CHaRM is a fitting adaptive reuse of a dormant landfill and waste incinerator site, as well as a garbage-truck maintenance facility. Its central location is key to its success, keeping in mind the aforementioned golden rule, and its hours (10 a.m.–7 p.m. Monday and Wednesday, 8 a.m.–noon Saturday) are amenable to most everyone’s schedule.

Polystyrene (aka Styrofoam) is the infamous No. 6 plastic that mustn’t go in the single stream. It is a common misconception that it is not recyclable, but it is in fact very much so. One problem is that the property that makes it an excellent packing material—low density—also makes it uneconomical to transport long distances after it’s done protecting that lamp you ordered from Pottery Barn. Another problem is that it would make a huge mess by breaking into pieces and blowing around if mixed in the single stream. The CHaRM is about to acquire a polystyrene compactor that will crush the air out of it and reduce it to one-fiftieth of its original volume, so it will be cost-effective to truck it somewhere to be re-foamed and used again.

Film plastics, from shopping bags to zipper bags to shrink wrap, are also easily recycled but tend to gum up the works at the single stream sorting facility. These are usually No. 2 and No. 4 plastic (high- and low-density polyethylene, respectively), and even this Greensplainer used to throw them in the trash. Since a few months ago, when I started to divert them to a hidden cupboard, I’m astonished at how much I’ve accumulated; I encourage you to give it a try at home. Just remember to cut the zippers off the zipper bags and shake the crumbs out of the bread bags before you take them to the CHaRM.

Other items that the CHaRM accepts can be divided into two categories: non-hazardous stuff that has some value in other markets, and hazardous stuff that we’d rather keep out of the ground and water. The first category includes the things I’ve already mentioned, plus bicycles (for BikeAthens to fix), computers (for Free I.T. Athens to fix), cell phones, clothing (usually made into insulation or padding), cooking oil and grease (turned into biofuel), ink cartridges, school supplies (for the Teacher Reuse Store), scrap metal (including packaged sharps) and shoes. The second category includes automotive fluids (except gasoline), batteries, fluorescent lamps and paint.

If you bring a load that includes batteries, paint, fluorescent lamps or televisions/monitors, then you’ll have to pay $5 per car, $10 for a truck or $20 for a truck with trailer. There is no fee to drop off any of the other items that I’ve listed. If you drop off a small enough quantity to fit into a five-gallon bucket (you can use your own or get one from the CHaRM) then there is no fee no matter what you bring. While it’s not quite as easy as throwing stuff in your trash can, the CHaRM makes it about as easy and cheap as it can get to send all this stuff to a better place than burying it in the ground.