Georgians Keep Getting Kicked Out of the Trump Administration 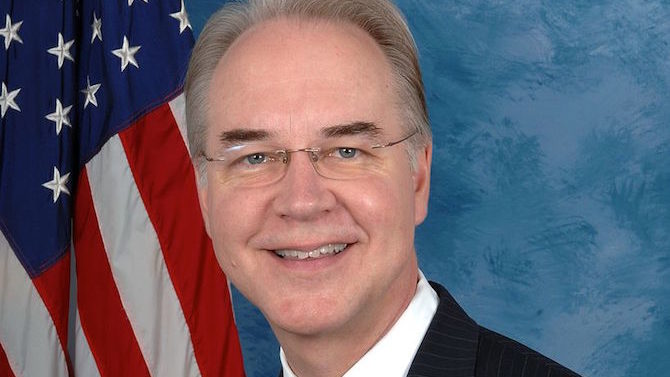 Washington, DC has put a curse on prominent Georgians who go there to work for Donald Trump.

First there was the case of Tom Price, the congressman who was picked to head the Department of Health and Human Services. Price was part of the Republican leadership when the GOP took control of the Georgia Senate in 2003. He followed that with a skillful victory in the 2004 election that vaulted him into the 6th Congressional District seat. His climb up the ladder continued in the U.S. House, where he was chairman of the House Budget Committee and often mentioned as a potential candidate for speaker. Then came the call to work in the Trump Administration, which gave Price a chance to make good on his long-held wish of dismantling the Affordable Care Act.

Price was brought low by his love of perks. He preferred to take private charter flights or military planes when going somewhere on official business, rather than book passage at a far cheaper rate on a commercial flight. The cost to taxpayers was steep. When the media started looking at Price’s air travel habits, they determined he had spent about $1 million on these flights. Trump did not like the unfavorable media coverage, and Price was soon on his way back to Roswell.

Then there was Brenda Fitzgerald, who was picked by Gov. Nathan Deal to be commissioner of the newly formed state Department of Public Health in 2011. She held that position for six years.  Fitzgerald was the choice last July of Price, who at the time was still the secretary of HHS, to become the director of the U.S. Centers for Disease Control and Prevention, one of the most important healthcare positions in federal government.

Fitzgerald ran into roadblocks in Washington. Members of Congress raised concerns about potential conflicts of interest related to her investments in pharmaceutical and health insurance companies, which might be affected by her actions as CDC director. The killing blow was a media report last week that disclosed she had purchased stock in a tobacco company after she took over at CDC. That business holding starkly conflicts with the mission of the CDC, where smoking is considered a major public health issue that contributes to the deaths of millions of Americans. Fitzgerald turned in her resignation, which was quickly accepted.

Who will be the next Georgian to go? The most likely candidate could be Christopher Wray, who was an Atlanta lawyer when Trump picked him to replace the dismissed James Comey as FBI director. Wray is now caught in the crossfire between the White House and the Justice Department over the investigation by special counsel Robert Mueller into alleged links between the Trump presidential campaign and Russia. Wray has reportedly threatened to quit over some of the White House demands, but as this column was written he was still the FBI director. But for how long?

The one Georgian who seems to be firmly in place is Sonny Perdue, the former governor who is now the agriculture secretary for the Trump Administration. Perdue is not only a survivor, he’s a “designated survivor.” When Trump delivered his State of the Union speech last week, Perdue was the chosen cabinet member who did not attend the speech in the House chamber. He was kept some distance away at an undisclosed location to ensure the continuity of the government in case there was a disaster, such as a terrorist bomb, that killed the president, the vice president, and other cabinet members who happened to be in the vicinity where the speech was given.

Trump delivered his speech without incident, which means that Perdue can return to being just another survivor. Maybe he can avoid the black hole that Washington has become for Georgians in the administration.