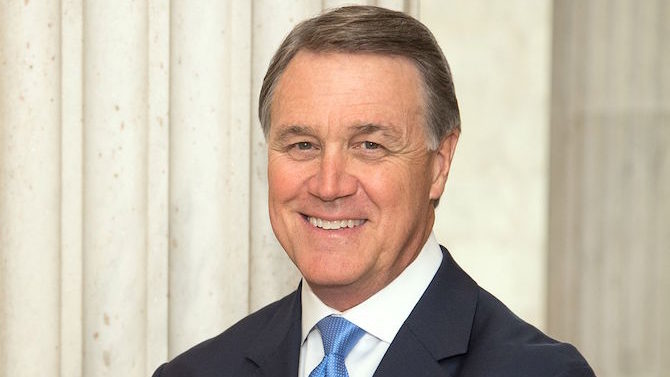 Let’s start with the fact that all politicians will lie. It could be anything from Richard Nixon’s “I am not a crook” to Bill Clinton’s “I did not have sex with that woman.” At some point, they will feel the need to tell a fib.

Then there’s the strange case of David Perdue and the president.

Georgia’s junior senator was meeting recently with Donald Trump and several other senators to discuss a proposal for an immigration bill. When presented with the plan, Trump rejected it because he thought it would admit too many people from El Salvador, Haiti and the African continent. “Why are we having all these people from shithole countries come here?” Trump asked.

That was shocking language for a president to use, and Trump at first didn’t even bother to deny reports that he had said it. Erick Erickson, a conservative commentator, tweeted: “It’s weird that people in the room don’t remember Trump using that word when Trump himself was calling friends to brag about it afterwards. I spoke to one of those friends. The President thought it would play well with the base.” Illinois Sen. Dick Durbin told reporters that Trump had used the offending word. South Carolina Sen. Tim Scott recounted to a Charleston newspaper that his colleague, Sen. Lindsey Graham, said media reports of Trump’s comment were “basically accurate.”A day after the meeting, however, Perdue and Arkansas Sen.Tom Cotton issued a joint statement that they “do not recall” the president making those specific comments.

Two days later, their memories had been magically restored. Perdue and Cotton appeared on the Sunday morning chat shows to declare that they now remembered Trump had said no such offending words. “I’m telling you he did not use that word, George, and I’m telling you it’s a gross misrepresentation,” Perdue snapped.

Perdue’s ever-changing story was so implausible that even his Republican cohorts weren’t buying it. Georgia’s senior senator, Johnny Isakson, usually agrees with everything Perdue says, to the point that the two will send out identically worded press releases. On this one, however, Isakson let Perdue hang out there alone. “I did not hear it, but if it’s true, he [Trump] owes the people of Haiti and all mankind an apology,” Isakson said. “That is not the kind of statement the leader of the free world ought to make, and he ought to be ashamed of himself.” There were similar comments from other Republican senators like Roy Blunt of Missouri, Susan Collins of Maine, Ron Johnson of Wisconsin and Jeff Flake of Arizona.

Perdue and Cotton are both hardliners on the immigration issue, just as Trump is. It would have been more credible for them to say something like, “I would have used different language, but I support the president’s long-range goal.” But they had to go in for the big lie that nothing was said.

Imagine that you had a situation where one of your kids was sent home from school for cursing at a teacher. When you ask him what happened, he says, “I don’t recall.” Then, two days later, he suddenly says, “Wait a minute, I do remember.  I didn’t say it!” Any parent with a lick of common sense would see right through such a ridiculous explanation. But that is the sort of flimsy story that Perdue tried to peddle to the American public.

It’s the kind of lie that could cause trouble for Perdue if he decides to run for reelection in two years. Columbus Mayor Teresa Tomlinson is already rumored to be considering a run against Perdue, and if not her, then some other Democrat will surely take him on.

Whoever opposes Perdue won’t have to work hard to make him an object of public ridicule. Perdue is already doing a pretty good job of that himself.