Jackson County Legislator Insists on Fighting a Lost Cause 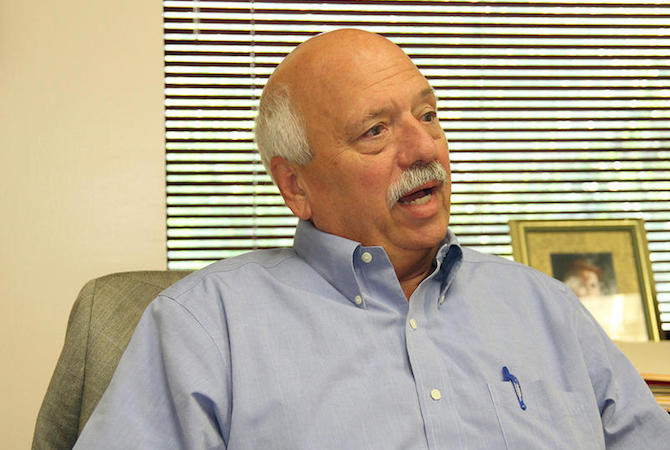 It was not a good week for state Rep. Tommy Benton (R-Jefferson). The Northeast Georgia legislator lost two important committee posts because he just won’t stop talking nonsense about the Civil War.

Benton is a staunch supporter of the Confederate States of America, a stance that has long been a source of controversy during his years in the House. After he recently circulated an article among his colleagues that claimed slavery was not a cause of the Civil War, House Speaker David Ralston finally removed Benton from two committee posts.

It wasn’t the first such dustup for Benton, who spent 30 years teaching Georgia and American history before running for the General Assembly. In the 2016 session, he sponsored a bill that would have required the state to formally recognize Confederate Memorial Day and Robert E. Lee’s birthday as public holidays, a constitutional amendment that would protect Stone Mountain as a Confederate memorial, and another bill that would require street names changed since 1968 to revert back to their former names if the prior name had honored a Civil War veteran. That name change bill, if it had passed into law, would have required that a portion of Martin Luther King Jr. Boulevard in Atlanta revert back to the name Gordon Road, which at one time memorialized Confederate Gen. John B. Gordon.

In the face of public protest, Benton withdrew all three bills, and none of them got a committee vote. There were calls at that time for Ralston to remove Benton as a committee chairman, but the speaker instead delivered a verbal rebuke: “While we are mindful of our history, the business of the General Assembly isn’t in rewriting or reinterpreting the past, but rather to focus on improving Georgia’s future.”

It was during that same session that Benton defended the activities of the Ku Klux Klan, contending that the Klan “was not so much a racist thing but a vigilante thing to keep law and order… I’m not saying what they did was right. It’s just the way things were.”

Benton’s view that slavery was not the cause of the Civil War is controversial for the simple reason that it is a denial of history—which sounds strange for someone whose career was spent teaching history. There is a small faction of white supremacists and “Lost Cause” supporters who avoid or deny completely the inconvenient fact of slavery, but most legitimate historians scoff at the notion.

From past experience, I know that after writing this column I will receive angry emails from these neo-Confederates calling me a “Yankee traitor” and “a disgrace to the white race.” That’s fine—that goes with the territory.

Despite the Civil War controversies, Benton has done some good things as a lawmaker. He has been a strong supporter of the state’s public education system, which you’d expect from a retired teacher, and he has also been a legislator who has the backbone to stand up against the House leadership and vote against their wishes on some favored bills. That kind of independence is refreshing to see.

If his constituents are unhappy with his job performance under the Gold Dome, it hasn’t shown at the ballot box. The last time Benton had opposition when he ran for reelection was in 2006.

But Benton has this blind spot about the Civil War that leaves a blot on his entire political career. For whatever reason, he cannot bring himself to see the truth about the most tragic conflict in this nation’s history. Unfortunately, there are still too many people who won’t stop fighting the Civil War, even though it’s been 152 years since Lee surrendered to Grant at Appomattox Courthouse.