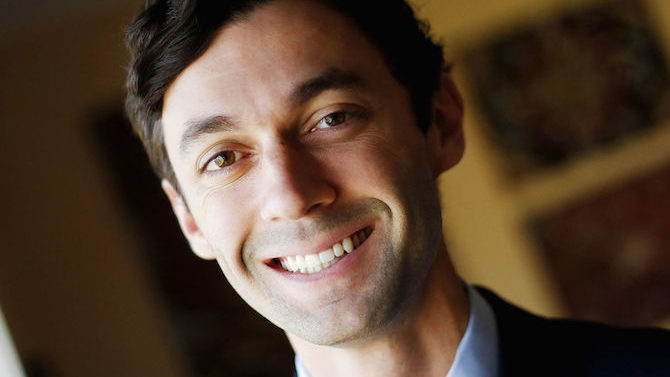 The first round of voting in the 6th Congressional District special election was a giant exercise in sorting. Voters sifted through the 18 candidates on the ballot, found the ones they were most comfortable with, and ultimately decided on Democrat Jon Ossoff and Republican Karen Handel.

The runoff election, which is nearly two months away, is going to be all about Donald Trump. The primary reason that Ossoff has raised nearly $10 million to this point is that contributors have chosen him as the channel to vent their anti-Trump feelings. Ossoff invited people to “Make Trump Furious,” and they have jumped right into it.

Handel, on the other hand, is not so eager to make this all about Trump. On election night, when it was clear that she had made it into a runoff with the frontrunner Ossoff, Handel delivered a victory speech to her supporters that made no mention of Trump at all.

She had sound strategic reasons for doing this. The two Republicans in this election who tried to associate themselves most closely with Trump, Bob Gray and Bruce LeVell, drew a combined total of barely 11 percent of the vote. LeVell, who is often quoted by the media in his role as the director of Trump’s “diversity coalition,” ended up with a grand total of 455 votes—not even one-fourth of one percent.

Given all that, you would expect Handel to try to get through her runoff campaign without mentioning Trump at all, if possible. But that really won’t be possible. Ossoff and his supporters will try to hang Trump around Handel’s neck at every opportunity, both in speeches and attack ads.

Trump will also continue to insinuate himself into the race. When it looked as if Ossoff might win the Apr. 18 election outright by drawing 50 percent of the vote, Trump started tweeting attacks on Ossoff the day before the election. Trump also made a robo-call urging Republicans to get out and vote.

Trump gave himself all the credit for Ossoff falling just short of a first-round victory with 48 percent of the vote, tweeting late on election night: “Despite major outside money, FAKE media support and eleven Republican candidates, BIG ‘R’ win with runoff in Georgia. Glad to be of help!”

One way or another, you will see Trump’s name raised a lot as we proceed through this runoff, whether Handel likes it or not. This dynamic cuts both ways, of course. Conservative PACs in Washington, D.C. have already spent millions of dollars running attack ads that try to link Ossoff with House Minority Leader Nancy Pelosi and the late Osama bin Laden. They’ll spend millions more making these same connections over the next few weeks.

Now that we are down to two finalists, how do you handicap the runoff? In terms of raw votes, Handel has the advantage. The 6th District is still GOP-leaning, and Republican candidates drew a combined 51 percent of the vote where the Democrats attracted 49 percent (with most of that going to Ossoff).

Ossoff, on the other hand, has the advantage in money. With thousands of anti-Trump Democrats sending their money to him, Ossoff so far has raised more in contributions than all the Republicans combined. That advantage has been somewhat offset by all the money spent by conservative PACs attacking Ossoff.

Ossoff also has the edge in enthusiasm. He drew a little more than 48 percent of the vote in a district where a Democrat had never broken 40 percent before. It will probably be easier for him to get his supporters back to vote in the runoff, while Handel will have to work on pulling together the various factions that voted for the other Republican candidates.

Can enthusiasm overcome the raw numbers? We’ll have to wait and see.