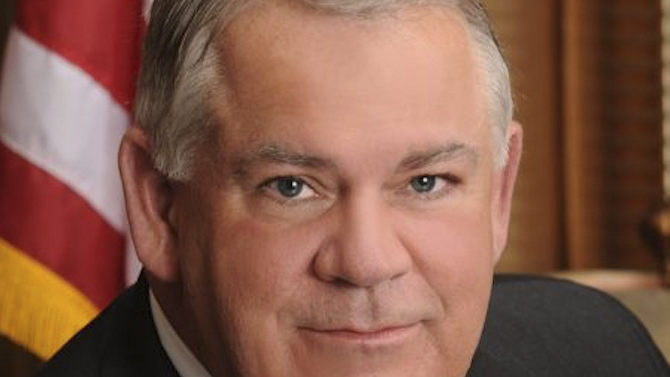 It isn’t quite Christmas Day, but Rep. David Ralston (R-Blue Ridge), the speaker of the Georgia House, has already received probably the best gift he ever got in his life. The present was delivered last week by the Georgia Supreme Court, which handed down a ruling that allows Ralston, who is a lawyer, to continue working as an attorney despite admitted violations of two rules of professional conduct.

Ralston got into this predicament quite a while back when he represented a couple, Paul and Shanda Chernak, who were suing for monetary damages from an auto accident that had injured Paul Chernak. The civil lawsuit languished for several years without going to trial. At one point, Ralston’s clients appealed to him for financial help in paying their bills. Ralston advanced them $22,000 from his trust account.

When you’re a lawyer, the rules of professional conduct require that you be diligent in representing your client and not let a case drag on for an unreasonable period. You are especially required not to commingle a client’s funds with your own and not to advance money to a client from your trust account. The State Bar of Georgia filed a civil complaint against Ralston more than two years ago over these issues, and the case has been a political quagmire ever since.

Ralston, you see, is not just a lawyer—he is also one of the most powerful men at the state capitol. He presides over the House of Representatives, the legislative chamber that originates the state budget each year.

This matters to the Supreme Court, because the justices are on the verge of getting a new judicial building that would be constructed on the site of the old state archives near the capitol. Money has been allocated in previous state budgets for the site plans and demolition of the archives building, but the largest portion of the project has yet to be approved. It will cost an estimated $100 million or more to erect the judicial building, an amount that Ralston and other House members will have to agree to put in the budget.

I’m sure the Supreme Court justices would enjoy having a shiny new building for their offices. Ralston, for his part, doesn’t want to be bothered with a politically embarrassing penalty for violating the rules of professional conduct.

You can see where this is going. The justices ended up giving Ralston one of the lightest penalties possible for his transgressions: a public reprimand. Ralston will not lose his ability to practice law, even though he had indicated he would accept a three-month suspension. It is worth noting that the maximum punishment Ralston could have potentially received was disbarment. He got a tap on the wrist instead.

The justices cited several factors to justify their decision: Ralston had no previous disciplinary record; there was no selfish or dishonest motive in his actions; he fully disclosed what he had done; he was cooperative with the court; and he had a “lengthy career in public service as a legislator and legislative leader.”

Ralston did make a substantial financial sacrifice as a result of this affair. He won’t ask for the $22,000 to be paid back, and he gave up any fee he might have claimed from the eventual settlement of the Chernaks’ case.

This is the way the political process works. If you’re a powerful politician, you will often find yourself on the receiving end of some nice gifts and perks. None of them could be nicer than the one Ralston received from the Supreme Court.