No Longer Can Georgia Legislate Abortion Clinics Away 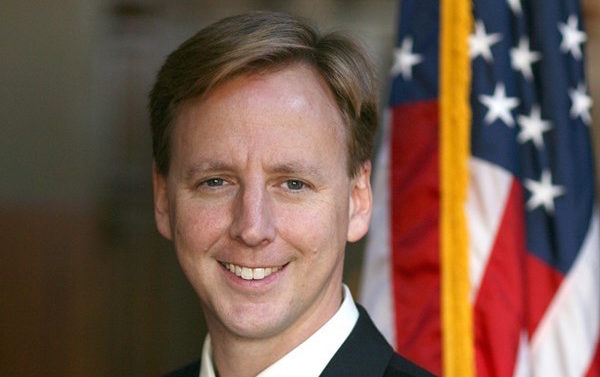 More than four decades have passed since the Supreme Court issued its Roe v. Wade decision that made abortions legal, but the pro-life movement is still trying to find some way of reversing that. The latest strategy in conservative legislatures has been to pass state laws that shut down abortion clinics by imposing regulations that make it too expensive or administratively impossible for them to continue operating.

Texas did this three years ago when it enacted a law requiring clinic physicians to have admitting privileges at a hospital within 30 miles and mandating abortion clinics to comply with the same regulations that apply to ambulatory surgical centers. The intent of the law was to shut down clinics and it worked: The number of abortion clinics in Texas dropped from 41 to 19.

The Texas law was appealed to the Supreme Court, where a majority of the justices agreed that the measure put an unconstitutional burden on women trying to obtain an abortion. “In the face of no threat to women’s health, Texas seeks to force women to travel long distances to get abortions in crammed-to-capacity superfacilities,” the court ruled. “Patients seeking these services are less likely to get the kind of individualized attention, serious conversation and emotional support that doctors at less taxed facilities may have offered.”

Texas is not the only state that’s tried to block abortions this way. Ever since Republicans gained majority control of the Georgia General Assembly in 2005, there have been similar attempts to ban the procedure through legislation.

The late Rep. Bobby Franklin for years introduced bills that would have banned all abortions and made it a capital offense for a physician to perform them.  His proposals never made it out of committee, so Franklin once tried to attach it as an amendment to a bill regulating electronic dog collars.

In 2011, state Sen. Barry Loudermilk (who’s now serving in Congress) sponsored a bill that would have allowed a woman who got an abortion to go back later and sue her physician—even if the woman had already signed consent forms. The measure was called the “rapist’s bill of rights” because it would also have allowed a man who raped and impregnated a woman to sue the physician who subsequently performed an abortion. That bill did not make it to the governor’s desk, but the next year, Rep. Doug McKillip of Athens had more success. McKillip introduced a bill to ban abortions after 20 weeks.

Democrats reacted by sarcastically sponsoring a bill that would prohibit men from getting vasectomies unless they were medically necessary to avert serious injury or death. “Thousands of children are deprived of birth in this state every year because of the lack of state regulation over vasectomies,” the bill read. “It is patently unfair that men can avoid the rewards of unwanted fatherhood by presuming that their judgment over such matters is more valid than the judgment of the General Assembly.”

The Democrats’ bill didn’t go anywhere, but the 20-week ban passed and was signed into law.  That law turned out to be the end of McKillip’s political career, however. When he ran for re-election later that year, his constituents booted him out of office.

The Supreme Court’s latest decision makes a couple of things clear: the Roe v. Wade decision is not going to be overturned anytime soon, and egislatures that try to regulate abortion clinics out of existence will be slapped down.

Will that stop Georgia lawmakers from trying to pass bills banning abortions? Of course not. But it’s likely that those measures won’t be treated kindly by the nation’s highest court.