Even a State Senator Has More Campaign Cash Than Trump 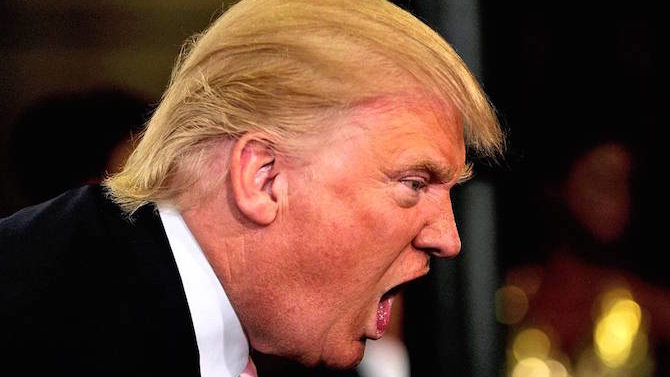 As Republicans and Democrats prepare for their conventions next month, it’s clear that this has become one of the strangest presidential campaigns since at least 1912. That was the year Theodore Roosevelt ran as a third-party candidate and survived an assassination attempt to push the incumbent president, Republican William Howard Taft, into third place. Democrat Woodrow Wilson won as a result.

This year’s campaign is so weird that the experts are even predicting Georgia’s electoral votes could go to the Democratic nominee, Hillary Clinton. Here’s how Larry Sabato of the University of Virginia described it in his national forecast: “Georgia has a significant and deeply Democratic bloc of African-American voters as well as a growing, educated, white-collar professional class that might be turned off by Trump.” Although Sabato doesn’t mention it, Georgia also has a growing number of Latino citizens who are registering to vote this year—inspired in large part by the concern that a President Donald Trump would cause massive problems for both legal residents and undocumented immigrants.

Trump had some more surprises for the experts last week he reported that his presidential campaign had just $1.3 million in its bank account. Trump was way behind Clinton, whose campaign had $42 million in the bank. “These numbers are so disastrous that they mean it would be nothing less than malpractice for Republican delegates not to consider seriously the possibility of ditching Trump at the convention,” said conservative pundit John Podhoretz.

Trump’s campaign stash is so low that at least three Georgia officials exceeded it. Sen. Johnny Isakson, who’s in the middle of a reelection campaign against Democrat Jim Barksdale, had $5.6 million cash on hand, more than four times the amount of the Trump campaign. Rep. Tom Price (R-Roswell), who also has Democratic opposition this year from Rodney Stooksbury, had $2.5 million cash on hand in his latest campaign report—or nearly twice the amount of the Trump campaign. Trump’s campaign cash was even exceeded by least one state legislator: Sen. David Shafer (R-Duluth), the president pro tem of the Georgia Senate. Shafer’s leftover funds from an aborted 2010 lieutenant governor’s race, combined with what’s in his legislative campaign fund, total $1.4 million.

Trump temporarily shut down his presidential campaign last week to fly to Scotland and promote one of his luxury golf courses, Trump Turnberry. He was criticized for dropping out of his campaign, however briefly, but it turned out to be one of those crazy accidents of timing. Trump was on the ground in Scotland just in time for the shocking news that a majority of Great Britain’s residents had voted to leave the European Union. As the British pound plummeted and financial markets crashed around the globe, Trump cut quickly to the chase. “If the pound goes down, more people are coming to Turnberry, frankly,” he said. “For traveling and for other things, I think it very well could turn out to be positive.”

When a reporter pointed out that “the country is not a golf course,” Trump’s response was, “No, it’s not, but you’d be amazed how similar it is.”

Who knows? Maybe the British vote and the resulting financial instability will bring in more money for Trump’s campaign bank account. That would put him ahead, once more, of David Shafer and give him the money to keep going in this strangest of election years.

Athens Power Rankings for the Week of June 27