A Felon and Other Controversial Candidates 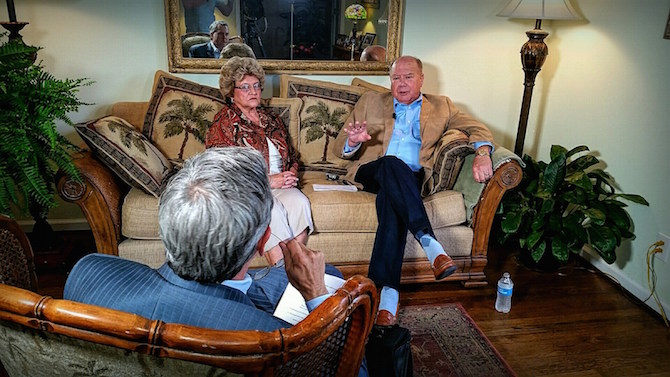 Every election cycle in Georgia has its share of fun stuff, but I think we got a double load this year.

There is the candidacy of Billy Davis in the 11th Congressional District, who wants to unseat Rep. Barry Loudermilk in the Republican primary. Dale Russell of Fox 5 TV in Atlanta, one of Georgia’s best broadcast reporters, looked into Davis’ background and came up with an amazing story. Russell found out that Davis, who lives in Kennesaw but was once an Arizona legislator, served a year in prison for lying on a loan application, filed for multiple bankruptcies and had to pay off a $782,000 legal settlement after an elderly couple successfully sued him.

“Why would you run for Congress when you know that you’re a convicted felon?” Russell asked him.

Russell also remarked on the fact that Davis had to pay off that $782,000 settlement. “Listen, back in those days I owed a whole lot more than that,” Davis said.

Clearly, this is the candidate for people who think government should be run like a business.

Over in the 3rd Congressional District’s Republican primary, state Sen. Mike Crane (R-Newnan) made some provocative comments about the necessity of shooting police officers.

Crane has done some admirable things as a state senator. He’s one of the few lawmakers with the courage to stand up to the governor and the legislative leadership when they’re trying to ram bills through to passage in the dying hours of a session.

Crane once held up a roll of yellow crime scene tape while making a speech to show his distaste for a proposed Senate rules change. When the Senate was voting on the transportation tax increase last year, Crane asked defiantly, “Isn’t it true that this is an unqualified midnight run on Georgia taxpayers?”

Even so, Crane raised a few eyebrows when he said this about police officers who use no-knock warrants to conduct a raid on a private residence: “If you come to my house, kick down my door, if I have an opportunity I will shoot you dead. And every one of you should do the same.”

When asked about the controversy by a local reporter, Crane said, “I’ll never apologize for defending my home or anybody else’s right to defend their home.”

And then there’s Jim Barksdale, a political newcomer who is the Democratic Party’s best hope against U.S. Sen. Johnny Isakson in the general election. Barksdale is a successful investment counselor—to the extent that he can lend his own campaign more than $1 million. But his name is probably unknown to about 99 percent of the state’s voters. If you plan to run for office when nobody knows who you are, it’s a good idea to get out there fast and start doing as many media interviews as possible to get your name out in front of the voters.

Barksdale obviously is a different kind of candidate. He qualified for the Democratic primary early in March, but didn’t hold any news conferences or grant his first interview to a reporter until the last week in April. That’s not going to get you the name recognition necessary to compete against a longtime, well-funded incumbent. It may not even get you through a primary election where there are two other obscure candidates on the ballot.

It’s been a strange election year on the local front, and I haven’t even mentioned Paul Broun or Jody Hice. Can a convicted felon get elected? Will a state senator shoot a policeman? Can Jim Barksdale cease being the invisible man of Georgia politics? I can’t wait to find out.