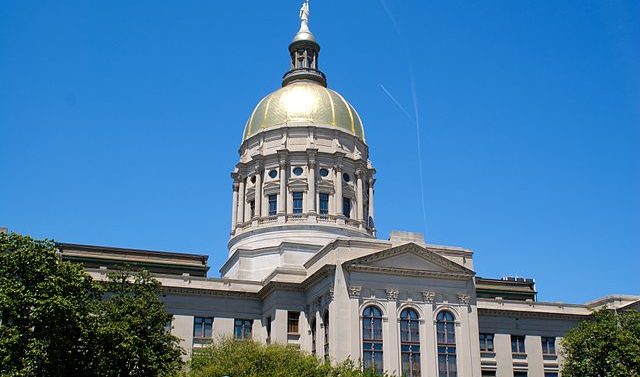 Legislators will be returning to Atlanta soon to convene the 2016 General Assembly session, but this one may have a slightly different feel to it.

Usually, a two-year legislative term breaks down into two distinct parts. During the first year, legislators are more likely to take on controversial issues and do the heavy lifting to get a bill passed. That was the case last year with the billion-dollar transportation tax increase.

During the second year of a term, with reelection campaigns looming, lawmakers try to avoid sensitive issues that could take too much time to debate and raise problems with the voters back home. Legislators want to get that session finished quickly so they can exit the capitol and start campaigning for another two years in office.

This year may be an exception to that trend. Whether they like it or not, legislators could get tied up in knotty issues and pushed into taking votes that don’t sit well with constituents. They may also end up opposing Gov. Nathan Deal on many of these issues.

Leading the list of touchy topics is a “religious freedom” bill that could cause the same splits within the state Republican Party that you’re seeing nationally between the GOP establishment and the tea party faction. Major corporations and business groups oppose the religious freedom bill because they think it would make the state less attractive as a destination for relocating corporations. The business leaders commissioned a study that claims a religious freedom law would have a negative economic impact of  $1–2 billion. House Speaker David Ralston doesn’t like this bill, questioning the need for it when the First Amendment to the U.S. Constitution already protects the right to worship. The backers of the religious freedom bill, on the other hand, are just as determined to push it this year.

Another explosive issue is merit pay for teachers. Deal supports the idea of performance-based pay and his handpicked education reform commission recommended it. Teacher groups have been complaining about it for months and their hostility shows no signs of cooling off.

Legislators haven’t done much immigrant bashing recently, but that could change in the wake of terrorist attacks in Paris and Deal’s public comments condemning the settlement of Syrian refugees in Georgia. Sen. Josh McKoon (R-Columbus) is proposing a constitutional amendment that would declare English to be the official language of Georgia.

There will be continued pressure on legislators to expand Medicaid heath care coverage for Georgia’s low-income families. The state has passed up a total of more than $6 billion it could have received from the federal government in 2014 and 2015 to expand this coverage. Financially stressed hospitals could have used the $6 billion in bypassed Medicaid funding. Several of these hospitals could go under this year unless Georgia relents and starts accepting federal money for the expansion.

Legislators may get pulled into the debate over the cultivation of marijuana to provide cannabis oil for medical treatment purposes. Deal opposes legalizing marijuana cultivation, but Rep. Allen Peake (R-Macon) favors it and has indicated he’ll go against the governor’s wishes on this one.

Beer brewing is an issue that lawmakers addressed last year when they allowed craft brewers to provide a small amount of beer to customers at the retail level. Deal’s revenue department effectively nullified the bill, however, and Ralston says the situation needs to be corrected.

Finally, there is the question of casino gambling. Deal opposes casinos, but some big-money entertainment corporations want to locate here. Legislators like Rep. Ron Stephens (R-Savannah) and Sen. Brandon Beach (R-Alpharetta) are siding with the casinos, so keep your eye on this.