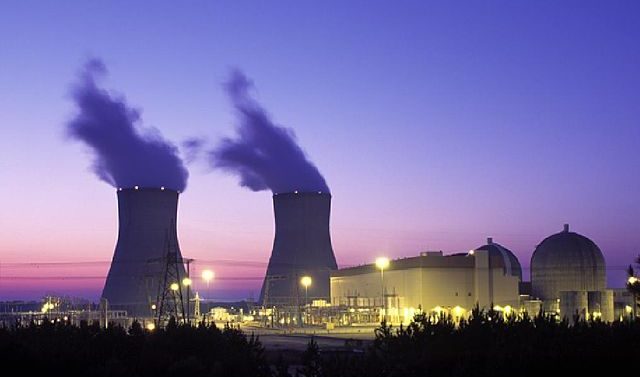 You would think we learned our lesson the first time around—but we didn’t.

In the 1970s, Georgia Power started work on two nuclear reactors at Plant Vogtle near Waynesboro. It was initially estimated that the two units would cost $660 million and take about seven years to build. In fact, the project took nine more years and cost more than $8 billion by the time the reactors actually started generating electricity. The lesson should have been clear: Nuclear power is very expensive and has significant safety issues as well. Surely, Georgia Power and the Public Service Commission would be extremely leery about ever approving such a project again.

Twenty years after Vogtle’s reactors went into operation, Georgia Power was back before the PSC proposing to build two more reactors. None of the current PSC members were on the regulatory panel in the 1980s, so they rubber-stamped the application and allowed the utility to start charging customers in advance for the construction financing costs.

It looks like the same big mistake has been made. The cost of the new reactors, originally projected at $14 billion, is now close to $19 billion and might reach $21 billion, according to recent PSC filings. Georgia Power executives dispute estimates that the costs could be as high as $21 billion, but there’s no question Vogtle has greatly exceeded its original projections.

The project is also running 39 months behind schedule, with even more delays predicted.  Each day’s delay in completion adds an estimated $2 million to the total cost—which amounts to roughly $730 million for a one-year delay. These cost increases are bad news for Georgia Power’s customers and also for those who get their electricity from EMCs and municipal electric companies.

“What was once a $14 billion price tag is now $21 billion, and the situation is actually worsening,” said Sara Barczak of the Southern Alliance for Clean Energy. “How much worse does it have to get before regulators and lawmakers start paying attention?”

Georgia Power officials have been inaccurate with their projections of how much the reactors will cost and how long it will take to build them. But when the utility’s lawyers show up for PSC hearings on Vogtle, the commissioners treat them like visiting royalty.

There is a group of consumer advocates and anti-nuclear activists who have been more accurate in their estimates of Vogtle’s cost increases. When they show up for PSC hearings, however, the critics are treated like dirt. The commissioners are openly contemptuous of the critics and shout at them when they try to question Georgia Power witnesses about the cost overruns. In one instance last week, Commissioner Doug Everett ordered PSC staffers to physically eject a Vogtle critic from the hearing room because he kept pointing out that the project was one of the biggest boondoggles in the state’s history.

Many of the Vogtle critics are retirees who live on Social Security benefits and try to make the commissioners understand how much they are hurt by rising power bills. “I’ll be dead before I get any of the benefits from that [the reactors], which I didn’t want in the first place,” said Gloria Tatum at a recent hearing. “The interests of the ratepayers are not being served here.”

The commissioners don’t want to be bothered with all that. “We don’t need to hear the same thing over and over and over,” Commissioner Lauren “Bubba” McDonald said.  “It’s just numbers.”