Yes, UGA, Linnentown and Urban Renewal Were About White Supremacy 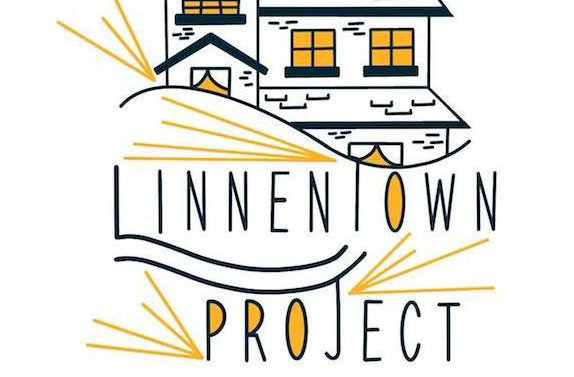 The University of Georgia administration recently rejected a Jan. 9 resolution from the Linnentown Project, a community-led research group, which is calling for redress on behalf of local black residents whose Athens neighborhood was razed in the mid-1960s to allow UGA to expand.

In its reply to the resolution, the university says, in essence, that the University System of Georgia was in charge, not UGA; that the use of eminent domain to take residents’ homes was lawful; and that the homes were valued fairly. It insists that Linnentown was destroyed in the name of “urban renewal,” and defends its actions by saying that other cities did the same thing. It suggests, moreover, that UGA shouldn’t have to make redress because it now does lots of nice things for Athens’ black community, and denies emphatically that white supremacy was involved, since white families’ homes were bought out, too.

I did not work on the Linnentown Project, but as a historian of the U.S. South, I’m sad to say I found the university’s response ill-informed.

“Urban renewal,” UGA’s letter reads, “was a component of President Lyndon B. Johnson’s ‘Great Society’ initiatives of the mid-1960s. Similar urban renewal projects took place in cities across the state of Georgia.” This is true, of course, but the university’s implication here is that razing Linnentown was part of the War on Poverty, and therefore a good thing.

Historians have shown that urban renewal projects—however well intended—usually improved cities in ways that benefited shoppers, commuters and owners of sports stadiums, not poor people. Many projects cut right through poor neighborhoods to build freeways, for example. In the case of Linnentown, families were dispersed to make way for dorms, which must have been especially galling to the black residents displaced, since UGA had only five black undergraduates in 1962.

Cities were usually “renewed,” in fact, by destroying poor people’s—which often meant black people’s—neighborhoods. Readers can examine the data for themselves by looking at the University of Richmond’s Renewing Inequality digital history project. By clicking on Athens, one can see that five Athens urban renewal projects displaced a total of 298 families by the late 1960s. White families were pushed out too, as UGA notes, but 59% of those affected were families of color at a time when people of color in Athens represented only 24% of the city’s population.

In correspondence written long before the War on Poverty existed, university officials pushed for federal urban renewal funds to “clear out the total slum area which now exists off Baxter Street.” But “slums” were products of racist policies, not just poverty. Athens, like many other Southern towns, taxed its black residents but failed to provide services. Most of us probably know how grossly unequal school funding was, but there were many other forms of institutional discrimination. Many African-American residents of Athens, for example, lived on unpaved roads in neighborhoods that lacked running water and sewer lines long after white neighborhoods got them. In the 1950s, Linnentown residents finally won a commitment from the city to pave their streets, extend water and sewer lines and put up a streetlight, only to have the city demolish their neighborhood before it got the job done. UGA students got the paved roads and flush toilets.

Many black neighborhoods were deemed slums because they were overcrowded, but that too was a result of policy, not simply poverty. Restrictive covenants, racist ordinances, residents of white neighborhoods and white Realtors often kept black people from moving wherever they could afford to live. Crowd people into a small area and rents will go up, even without running water or electric lights.

Linnentown was neither overcrowded nor filled with renters. Its homes were mostly owner occupied, which was remarkable, given the obstacles to black homeownership in the U.S. Federally guaranteed home loans had been widely available to white families since the New Deal, but the federal government deemed neighborhoods with a high percentage of black residents “hazardous” and therefore ineligible. This practice—known as “redlining”—made it nearly impossible for black people in black neighborhoods to get low-interest loans. Other discriminatory practices and white violence made it difficult and dangerous for black people to move to white neighborhoods. And given discrimination in employment, which was still legal in the early 1960s, black people often had to buy houses with cash they earned over many years at low-wage jobs. Linnentown’s electricians, plumbers, beauticians, cooks and others must have worked long and hard for those houses. So, local policymakers denied Linnentown’s residents services, federal officials denied them mortgages, university officials condemned their neighborhood as a slum, and USG took advantage of that designation to buy up Linnentown properties for a pittance.

Some of those homeowners agreed to be bought out, but many resisted, which is why Athens used the eminent domain process to take people’s houses and compensate them at rates it deemed fair. But what’s legal is not always equitable. The Linnentown Project’s research suggests that the black and white homeowners’ houses taken through eminent domain were close in size, yet white families’ houses were valued at almost three times as much on average as black families’ houses. A few black families contested those valuations in court and won much higher awards, as UGA says, but that only reaffirms that the original valuations were likely low. How many black homeowners ended up renters in the housing projects that were built around the same time? How many never recovered the assets they lost?

Since Linnentown wasn’t the only neighborhood affected by urban renewal, there is research yet to be done. Scholarships, tutoring and leadership development workshops are all wonderful things, but they won’t in themselves solve such deep problems so long in the making. Raising the minimum wage on campus to at least $15 an hour would surely help, as would cost-of-living raises, which USG now prohibits. And just as UGA recently made available a year’s worth of funding to support research on the history of slavery at UGA, it could support research into slavery’s legacy in the decades that followed. UGA doesn’t have to agree with every word in the Linnentown Project’s resolution to recognize how the centuries-long history of racism in Athens and at UGA helped create the vast income inequality that still divides us.

Hahamovitch is the B. Phinizy Spalding Distinguished Professor of History at UGA.