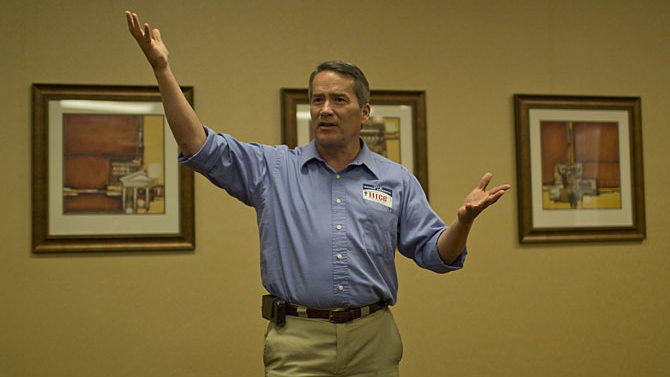 “Let us never forget that government is ourselves and not an alien power over us. The ultimate rulers of our democracy are not a President and Senators and Congressmen and government officials, but the voters of this country.”—President Franklin Roosevelt

Unfortunately, this nation is more dysfunctional than at any time since the Civil War. Recent polls indicating congressional approval rates as low as 9 percent show that Americans of all persuasions are just fed up. For the last few years, we have had a do-nothing Congress (both chambers, Democrats and Republicans) and a president who has let his frustration with them nullify his original uplifting promise of hope and change.

What should be done to correct the situation? Logically, the solution should begin with electing individuals who are willing to work across the aisle, rather than irrationally fomenting discontent. But in this election, the voters in Georgia’s 10th Congressional District did exactly the opposite.

Jody Hice, a fiery hell-and-brimstone preacher and flashy radio talk show host, is our newly minted congressman. On virtually every issue, he holds radical positions that are far to the right of my party, the GOP. The question then becomes “will Hice be effective as a legislator?” Clearly, the answer is a resounding “no.”

Based on his previous statements and writings, it is obvious that Hice will not even try to constructively influence legislation or get anything of substance passed. One can see where Hice is headed when he gets into Congress: towards never-ending conflict stoked by raw emotion.

Hice’s views on the role of women illustrate just how out of the mainstream his ideas are. In 2014, it is inconceivable that any serious candidate for national office would still believe that a woman should only enter politics “as long as she is acting within the authority of her husband.” Living in a very conservative area, I know few people who are pro-choice, much less pro-abortion. But hardly anyone would declare (per Hice) that the pro-choice side advocates a policy “much worse than Hitler’s” murdering of six million Jews.

Hice’s radicalism regarding gays and lesbians is also beyond the pale. Incredibly, Hice compares gay/lesbian marriage to bestiality and incest. Again, it is obvious where his out-of-touch views will lead: increased hatred and discrimination. His stance is designed to promote even more conflict, taking our elected leaders’ attention away from job-creation and the economy, our nation’s true priorities per the electorate.

Many of us are vitally concerned about the small, violent minority within the Muslim world that is driving the never-ending war in the Middle East. But none of my Christian or Jewish friends would declare that Islam is not a religion or that it does not deserve First Amendment protection, as does Hice. Once more, these are the un-American beliefs of someone who is not within the mainstream of the GOP, our country or this district.

Just as extreme are Hice’s views on taxes. Most citizens would agree that our current tax system needs reform, and that loopholes must be closed so that multinational corporations and billionaires cannot continue to evade their financial responsibilities. But in his typically extremist style, Hice wants to totally do away with the progressive income tax, the primary vehicle for insuring that the wealthy actually pay their fair share. Instead, he wants to have a regressive new national sales tax, dumping even more of the tax burden on the middle class versus the wealthy.

We had a clear choice this year in District 10. We could have chosen a moderate, a pragmatist willing to work with the other side to compromise and get things done. Instead, we elected another Ted Cruz or, more accurately, a small-time Rush Limbaugh. We got a congressman who implied (via large Soviet hammer-and-sickle billboards) that the president of the United States is a Communist. Since this same individual was elected twice by the majority of voting Americans, what does Hice think of all of us? Are we all dupes of the world-wide communist conspiracy?

As is often said, we get the government that we deserve. Shamefully, in the case of the 10th District, that translates to more irresponsible government shutdowns, counterproductive debt-ceiling showboating and Tea Party obstructionism.