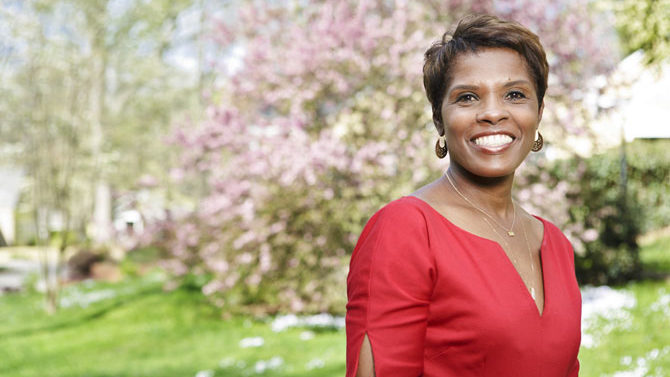 Two things have been on my mind about schools during the summer break: the local school board’s likely election of becoming a “charter system” and the upcoming runoff for state school superintendent.

I think it is probably fine for the Clarke County School District to become a charter district, the best of the four choices allowed by the state, and I have only two words to stress on the Democratic primary runoff: Valarie Wilson. And a few more, actually: Vote July 22 or before.

A few years ago, I decided to give up politics, since politicians often disappoint, and many politicians seem to have only one issue once they get elected—staying in office. So all the time and effort and money I used to give to political campaigns, I decided to devote to the single most important issue I care about—improving and effective public schools. If we don’t get that part right—educating our children—then what kind of society can we really expect in the future? Well, it did not take me long to realize that if you care about education—the teaching and learning that goes on in the classroom—then you’d better pay attention to politics. I began trying to connect the dots and to figure out the often massive disconnect between policies passed by politicians in Atlanta and Washington, D.C., and the ways our kids’ schools operate.

I discovered that what passes as “education reform” is often just a combination of policies that diminish and weaken public schools; boost heavily-marketed “alternatives” like charter schools and voucher programs; revolve around standardized testing with high stakes attached; and then misuse the results of those tests. These policies are taking their toll on morale among our best and most effective teachers, and the people pushing these policies rarely have a dog in the fight. It doesn’t really affect them personally—it’s just politics to them.

I support groups and individuals, including politicians, who have the same goal I do: good schools for all kids. That sounds simple, but it’s tough to achieve. Schools are complex organisms and have a hard job, given the realities many of their students face when they leave the school grounds.

Schools cannot be improved with smoke and mirrors and bumper-sticker solutions. “School choice” surely sounds good, and the word “charter” seems to have almost magical connotations to some people. But a good school—public, private or hybrid—shares a few things in common: great teachers who are dedicated to their calling of teaching, who are supported by and learn from each other, who teach in reasonably-sized classrooms and are in a school community that is sufficiently-resourced with adequate facilities and technology, with a rich and varied curriculum, including arts and physical education, and are part of an involved and engaged community of parents and others who support the mission of the school.

While I recognize that we are not there yet, I think it is important to discern what level of government—local, state or national—is holding us back and making our public schools’ job more difficult every day.

In my view, the test-driven reforms that started under President George W. Bush but have accelerated under President Barack Obama are most responsible for the current state of play. (Of all the issues, why do the Democrats and Republicans have to pick this one to agree on, and get it so wrong?)

Under Race To the Top, states, including Georgia, agreed to make 50 percent of teachers’ job evaluations be their students’ progress on standardized tests, and the new rules kick in next month, even for subjects like art, music and physical education that don’t really lend themselves to standardized tests. But next school year, state-mandated multiple-choice tests for those subjects will be given at the beginning and end of the year, for one purpose—to evaluate whether art and music teachers are doing their jobs well enough. I know that sounds nuts, and it is, but I am not making it up—it is Georgia law, and it is just an example of the nonsense being pushed by “reformers.”

Given the state and federal situation, how are our own local schools doing? Pretty well, I would say. Test scores, regardless of what you or I might think of them, or how they are overdone or misused, are holding pretty steady in our district, and in some schools are improving. This is especially impressive when one considers the challenges of our demographically diverse school community.

Our district has worked effectively with the University of Georgia on all kinds of initiatives to improve student outcomes, and the work is paying off with the professional development collaborative and the Experience UGA program.

Family Connection/Communities in Schools does vital work at the neighborhood and school level, augmenting and improving life prospects for less advantaged children and addressing their needs in the non-school hours of the day.

Our superintendent, Phil Lanoue, is focused on providing the best instruction possible to every child in every school, and he is open to suggestions of how to do that better. His background as a teacher and a principal prepared him well for what is likely the toughest job in town. But he still has to operate under the policy choices made by our political leadership in Georgia and Washington, D.C.

Under state law, every school district in the state has to decide between several options as to what type of system they will become. The local administrators and board have been discussing this for the past couple of years and have decided to pursue the option of a “charter system,” in which they will form an agreement with the state, be exempted from some state requirements, gain some financial advantages and still be responsible for delivering on stated achievement goals that are measured over time.

The flexibility on offer will unfortunately not extend to letting Clarke County cut down on the absurd amount of testing, which is about to get worse under the new teacher-evaluation scheme. The testing is state-controlled and not something local districts can opt out of, regrettably.

My view of this is pretty simple: With the crazy-quilt education policies being handed down to the local districts by the state and federal governments, the more flexibility we can get at the local level, the better. And if Lanoue and his board have decided that a charter system is the way to go, joining districts like Hall County, Decatur City, Morgan County and others, then that’s good enough for me based on everything I know so far.

It is important to note that the choice our district seems poised to make is not “a system of charter schools,” which would mandate far more governance at the school level and would raise significant equity issues in a district like ours. The schools in a charter system make a lot more operational decisions at the school level, which is already true in our system in the past few years. So this seems like a prudent move to me, and certainly the best choice of the ones being offered by the state.  It does not seem like an open invitation to for-profit charter chain companies. Quite the contrary—it seems like our best hope of retaining and strengthening a viable local district even in these hostile times.

As for the runoff for state school superintendent, I strongly support Valarie Wilson, a Decatur parent and former school board member who also has statewide experience as chairwoman of the Georgia School Boards Association. She brings an engaged parent’s perspective, believes in the mission of our public schools and supports the teachers and students who teach and learn there every day. She will work to protect and advance our schools, and she does not subscribe to the false cures and easy-sounding fixes offered by the reform crowd, who have placed their bets elsewhere.

Wilson knows what it takes and will do everything within her power to make all Georgia schools effective for every child. She will be a fierce advocate for our teachers at a time when they need it the most. And she will do so as a parent, not as a politician taking the careerist’s view.

I look forward to a time when our state leaders are as focused as our local teachers and administrators on the promise of public education: Each child prepared for life. Wilson would be a great start on that path, and depending on how the “top of the ticket” does in November, she just might have a chance to win the general election.

Now imagine if she served under a governor who shared her values, and so many Georgians’ values, on the importance and urgency of strong and healthy public schools. But that’s another column.