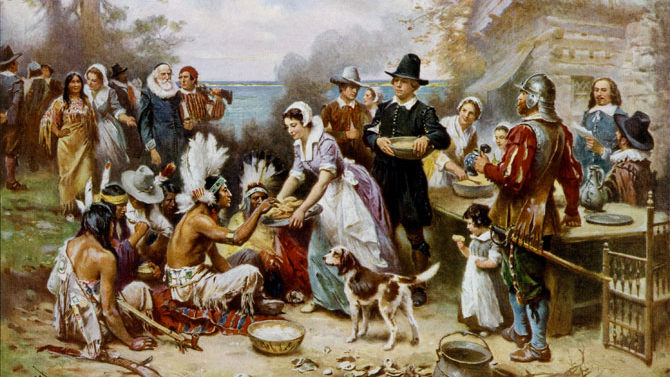 Way back yonder in December and way out yonder in California, the Ol’ Bloviator did an interview with Gregory Rodriguez of Zocalo Public Square and a Q&A with a bunch of very nice people who not only showed up for the occasion but stayed awake—mostly—during the entire proceedings. The O.B. is deeply grateful to Gregory and his editorial associates for their earnest efforts to keep him from coming across as a complete idiot. This interview is part of What It Means to Be American, a project of the Smithsonian’s National Museum of American History and Arizona State University, produced by Zócalo Public Square.

James C. Cobb is Emeritus B. Phinizy Spalding distinguished professor in the history of the American South at the University of Georgia. He has published 13 books and many articles focusing on the interaction of the economy, politics and culture in the American South. Three of his books—The Selling of the South: The Southern Crusade for Industrial Development 1936-1990, A Way Down South: A History of Southern Identity and The Most Southern Place on Earth: The Mississippi Delta and the Roots of Regional Identity—are considered classics in the field.

In December 2017, he sat down with Zócalo Publisher and Editor-in-Chief Gregory Rodriguez in Los Angeles to talk about what “the South” is, how the South came to embrace Thanksgiving and why old country songs often reinforce a cult of the noble loser. This transcript of the discussion has been edited for clarity and length.

Gregory Rodriguez: You have been called “the most Southern man on earth.” Is this true? And if so, what does that mean?

James Cobb: Well, if I were truly the most Southern man on earth, I would tell you that I had no idea.

GR: What is the simplest way to know whether you’re in the South?

JC: This comes up in Texas all the time. You’re in the South if bar fights unfold in parking lots. In the West, bar fights happen inside the bar. So that’s a rule of thumb for you. If you hear anybody say, “Would you like to step outside, buddy?” you’re still in the South.

GR: At what point did Americans begin to identify the South as a distinct region?

JC: You could argue as far back as even the colonial period, but I don’t. I think at that point the differentiation was not so much Southern colonies, as slave colonies. And that sufficed to define the South even into the early national period. And, of course, slavery itself, the institution, became one of the characteristics that set the South apart from the rest of country, which is really ironic, because slavery was kind of the impetus for the development of New England. It financed the expansion of the Northeastern financial establishment; it was an incredible boon to the national banking system when it was reinstituted in the [early 1800s].

And so, New England is heavily involved in the slave trade: It’s heavily involved in the production of goods to be used on Southern plantations and in the capital raised through shipping and manufacturing. And commerce related to slavery becomes kind of the accelerant for the development of New England and, ultimately, a good bit of the Northeast. So, slavery came to define the South because it seemed so out of character for a new nation trying to find itself and which had already gone on record as being about freedom and equality and liberty.

GR: Were there forces other than slavery that forged this sense of regional distinctiveness?

JC: Identity is not something that we get to pick. We are not the sole arbiters of our own identity. Our identity is partially what we think we are, but it is also defined by others—what they see us as being. And as the nation developed in the first few decades, there were already differences in the South and the New England states. The South is a dispersed population, organized around the agricultural plantation. New England is organized more around the small towns, the villages. More concentration of the population and more demand for education and innovation spawned what I always call a foolish Yankee faith in education. That also spawns, then, the market for public communication—for newspapers and magazines and journals.

Whereas in the South everything is so spread out, and any printing material you get there would take so long to arrive, it would be way out of date. And public education was unknown. The planters who had the money, they educated their kids privately. There was no investment in public education.

So, with all of that, basically the definition of the South as a region set apart from the rest of the country was actually written in New England. And at the same time, New Englanders and the New England media are pushing New England as the essence of what this new country is supposed to be about—the New England ideals of frugality and hard work and piety. And so, it’s sort of a struggle as to who gets to represent the true American. And the advantages clearly lie with New England in this respect.

When we finally decided we were not going to fight Great Britain anymore, we no longer had the kind of antithetical foe or antagonist that group identities are usually dependent on. You know, when you identify a group, it’s not just, “This is who we are,” it’s also, “They are who we ain’t.” And so, whereas Britain had served in that role up through the War of 1812, the South then sort of supplanted Great Britain. Now you had these people out in outrageously hot weather living dissolute lives growing wealthy off the labors of bondsmen—so it was easy to write the South out of the central narrative of American history, but make it a vital component nonetheless in the formulation of a national identity.

GR: What role does Thanksgiving play in the way the South was written out of America’s national narrative?

JC: Thanksgiving was basically a New England holiday. And by the time there was a push in the 1840s to establish Thanksgiving as a national holiday, abolitionism had become so associated with New England that many Southerners and Southern politicians, in particular, didn’t cotton to the whole idea of basically an abolitionist holiday. So, there was a strong resistance to celebrating Thanksgiving that carried over well through the Civil War era. And it’s only after Reconstruction that the Southern states finally say, well, we realized we’ve finally got to get back in the fold and get with the program—to show that we are after all American—that the Southern states start to embrace Thanksgiving.

GR: Now let’s go back even further. You have cited that as early as the 1790s, the South was depicted as what historian Edward Ayers has described as America’s Latin America—a sort of swampy, disease-ridden region motivated by lust and gluttony.

JC: That was a type of “othering.” If you are all these things that are so awful, then that brings up a lot of space for us to be all the things that are good. And, you know, the South is then set up as the antithesis of what America is supposed to be—and certainly what New England is and can bring to the country—even though New Englanders are the first people to come up with the whole notion of secession after the War of 1812. They held a convention at Hartford to discuss the idea of pulling out, because they were upset about the War of 1812, because it hurt shipping very badly.

The New England colonies were not flourishing, and by that time the cotton gin had been invented for over a decade, and the Southern population was flourishing. And of course slavery was thriving, and there was westward expansion across the lower Southwest. But the narrative by that point was pretty well fixed as far as what’s America and what isn’t—and what’s Southern, and what’s not Southern.

GR: How did Southerners react to these characterizations of them?

JC: Up until the rise of abolitionism on a national scale, I think the Southerners were not really too much attuned to this more critical view of them—possibly because not many of them were reading what was being written about them.

GR: And yet the South enjoyed disproportionate political power prior to the Civil War?

JC: Yes. The South dominated the presidency. They dominated the Supreme Court. But that political dynamic is shifting by the time you get to the 1850s, because the white population is expanding much more rapidly across the mid-Atlantic states and into the eastern and Midwestern states. And it’s the South then that’s losing momentum. The crusade against slavery creates this sense of resistance and being besieged by external forces—Northern forces—and that kind of siege mentality becomes much more characteristic.

GR: So the siege mentality originated before the Civil War?

JC: At least in my examination, it does come forward really in a very pronounced way only with the abolitionist surge of the 1830s. And I think it is just something that most Southerners had not previously contemplated in terms of where they stood relative to the rest of the country.