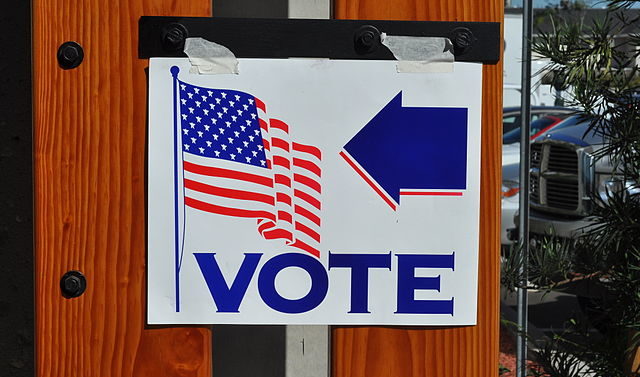 The ACC Board of Elections did not have the authority to hire a second attorney to help defend their use of paper ballots during early voting last month, according to ACC Attorney Judd Drake, who originally counseled board members against the switch to paper ballots, saying it would be a violation of state law.

The State Elections Board came to the same conclusion, ordering Athens to use the new state-approved voting machines instead of paper ballots in a hearing on Mar. 11. Drake would normally have represented Athens in a case like this, but since he had already publicly stated his legal opinion in opposition to the Board of Elections’ action, he chose to recuse himself. Instead, he appointed Thomas Mitchell. The Board of Elections also hired a second attorney, Bryan Sells, but did so without the approval of the commission and without a legally binding contract, according to Drake.

Sells and Mitchell are now billing the local government for a total of $41,633 ($23,618 for Sells and $18,015 for Mitchell). These bills include travel to and from Athens, legal research, preparation for the hearing and multiple phone conversations with Board of Elections Chairman Jesse Evans. It also includes $4,475 in fees coming after the hearing on Mar. 11 had ended; their services were retained through Apr. 1.

Last week, the ACC Commission reluctantly agreed to pay those attorney fees, which will come out of the county’s general contingency fund. This passed in a 9-1 vote. Commissioner Jerry NeSmith was the lone no vote, saying it “would be a terrible precedent.” Drake advised commissioners that they would have a strong case if they opted not to pay Sells, who’s hiring they never approved, but Sells would probably sue.

Despite their votes, other commissioners had reservations about the expense as well. Commissioner Tim Denson agreed with NeSmith, saying the Board of Elections didn’t “have the authority to spend taxpayer dollars.” Commissioner Russell Edwards blasted the decision not only to hire Sells, but also to switch to paper ballots, saying, “blowing up the entire system” was the “wrong move.”

Evans told Flagpole that he had to hire Sells because Mitchell is not an expert on election law, and that he asked Mayor Kelly Girtz to call a commission meeting to approve the expense. But Girtz said he couldn’t call one on such short notice during spring break. Mitchell also said Sells’ expertise was essential to the case in a letter to the mayor and commissioners.

In defending the switch to paper ballots, Evans cited the concerns of several Athens residents who have spoken at Board of Elections meetings about the importance of securing the vote. “We definitely did the right thing for our community,” he said. “Ballot secrecy is a fundamental aspect of our democracy. We are living up to our oaths of office, and we are continuing to do what is necessary to ensure free and fair elections in the community that we serve.”

Director of Elections Charlotte Sosebee, however, has said that her office hadn’t received any complaints from citizens about ballot privacy as they were casting their votes.

Despite the decision of the State Elections Board, paper ballots might still occasionally be used at Athens-Clarke county voting precincts in the election scheduled for May 19. The local elections board recently passed a policy clarifying for poll workers that wait times longer than 30 minutes would be considered an emergency. In such a voting emergency, additional paper ballot voting stations could be opened if that would help reduce waiting times. Other emergencies allowing for paper ballots include power outages or voting machine malfunction. Use of these paper ballot stations could also help election staff include the required number of voting stations (i.e. one per 250 voters) in each precinct while still maintaining voter privacy.

The ACC Board of Elections decided not to appeal the ruling of the state board, which prevents the use of paper ballots generally. Instead, the local elections office is using curtains to ensure privacy. Although Evans said he was confident the Board of Elections would have won an appeal, the board opted not to spend any more taxpayer money.

A version of this article originally appeared at athenspoliticsnerd.com.