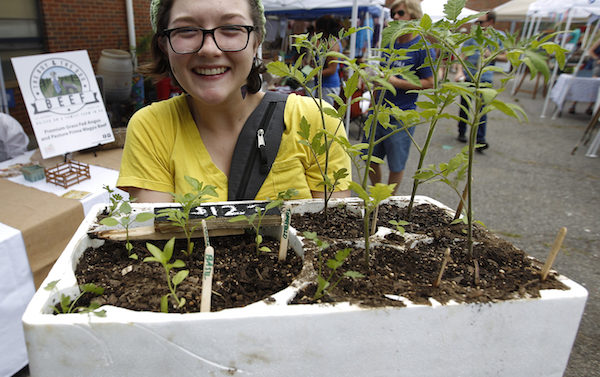 The Clarke County Board of Education seemed to make some strides last week toward resolving the racial divide that has surfaced on the board and in the community in recent months.

But as he discussed the results of last spring’s Milestones standardized test during the school board’s Aug. 8 meeting, Means emphasized the achievement gap between white and minority students. While local white students are outperforming their white counterparts statewide, black students locally scored lower than black students across Georgia. The average black student in Clarke County is 3.4 grade levels behind white students the same age. “This has to be a clarion call for urgency,” Means said.

The district has to face the reality that many students live in poverty, Means said, but poverty is not an excuse, and CCSD has to teach those students regardless of their socio-economic circumstances. While the district has “amazing teachers,” they need to teach differently. “If you truly believe all children can learn, your actions have to align with it,” he said.

Means and the board will dig deeper into the numbers at a work session next month.

District officials are also addressing disparities in after-school programs at elementary and middle schools, as well as two Boys & Girls Clubs. All the schools offer playground supervision and help with homework, but some have more enrichment opportunities—karate classes or piano lessons, for example—than others. Some parents can afford such enrichment opportunities, which typically cost extra, while others can’t. Chief Academic Officer Brandon Gaskins said he and colleagues will be looking at ways to improve enrichment opportunities at schools that don’t have them and ensure that they’re accessible to all parents.

“We don’t want to take these opportunities away from anyone,” Means said. “When people hear ‘equity,’ they think it means taking something away from someone to give to others. That’s not what equity means.”

During a strained meeting last month, board member Tawana Mattox spoke out about the “racial tension inside the board and in the community.” Some black residents had interpreted that statement as an attack on Greg Davis and John Knox, two white board members who voted against extending Means’ contract because they wanted to wait for more data to come in. Mattox took time at the end of last week’s meeting to clarify that white board members aren’t creating the divide.

Especially after an emotional social media debate last week over new Gaines Elementary principal Luther McDaniel’s involvement in a planned prayer vigil at the school that was later moved to a nearby church, the meeting could have easily gone sideways. Instead, “we got back to the children tonight,” Mattox said.

The community garden and farmers market at the old West Broad School is likely a goner, as the school board will vote next month on hiring an architect for Means’ plan to turn the school into an early learning center.

“A lot of people, one way or another, are looking for direction, and it’s been hanging out there for a while,” Means said at last week’s school board meeting.

The garden, run by the Athens Land Trust, has been on the chopping block for years, ever since former superintendent Philip Lanoue proposed moving CCSD’s central office there and paving over the garden to make a parking lot. That plan sparked public outcry and created a rift on the board between members who wanted to save the garden and those who wanted to move forward with renovating the building. But no board members objected to Mean’s comments at last week’s meeting.

But last year, Means commissioned a facilities report that determined that the property was too small to house the central office. (Administrators are split between H.T. Edwards and the Whitehead Road Elementary annex, and the career academy needs more space at H.T. Edwards.) He proposed using it for pre-K classrooms, citing a waiting list of 125 children. Meanwhile, the land trust proposed turning the building into a community center with a commercial kitchen, classrooms, a health clinic, an auditorium, basketball courts and more, with Athens-Clarke County kicking in $3 million.

Means’ plan calls for a playground where the garden is now. The land trust’s memorandum of understanding with CCSD expires Sept. 29. However, student workers will be allowed to harvest the crops that are currently planted before construction starts.

ALT Executive Director Heather Benham told Flagpole the day after the meeting that she had just heard the news the day before and had not had a chance to talk to stakeholders and community members. The organization might try to find another site for the garden if the school board approves Means’ plan.

As for the central office, the search continues. Means said he is looking for a building that’s big enough, in a prominent location and on a bus line, but also fiscally prudent—”not a Taj Mahal.”

Means also said that he’s putting off construction of “School C”—a planned elementary school off Jefferson Road—indefinitely. “We can’t say we’re never going to build School C, but I suggest putting it on moratorium,” he told the board.

Instead, Means recommended shifting resources toward the five schools with modular classrooms, starting with Chase Street and Gaines elementary schools. “We don’t want to get in a mode of getting too comfortable with modulars,” he said. They put stress on media rooms and cafeterias and, in the case of Chase, draw complaints about their appearance.

In other business, the board voted unanimously to name University of Georgia marine sciences professor Patricia Yager to the board. She was the lone candidate to replace District 4 representative Jared Bybee, who resigned in June. The board also approved the hiring of Audra Olukoya, an assistant principal in DeKalb County, as the principal at Alps Road Elementary.