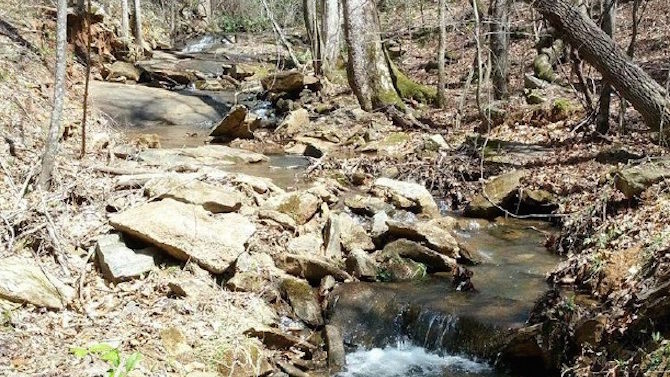 After hearing from nearly 20 citizens last week about proposed SPLOST projects and park maintenance needs, ACC commissioners seem poised to extend the sales tax from 10 to 11 years—assuming voters approve it in November. The extra year of collections, bringing the total to over $300 million, would enable a few more projects to be added, such as a maintenance fund for parks, access improvements to Athens Welcome Center and a mental health inpatient facility. Nobody mentioned the once-controversial new courthouse, which commissioners have already decided to keep on the list.

Representatives of the Oconee Rivers Greenway Commission—a government-sponsored board of citizens—spoke in favor of building out the county’s recently purchased Beech Haven property (149 acres off Atlanta Highway by the river) as a public park, and also of limited park development at the county’s Tallassee Forest land (which will largely remain wild). Both projects are already on the commission’s approved list. The 310-acre Tallassee Forest is “an exceptional environment” with largely undisturbed streams and springs, a holly forest and over 50 species of butterflies, ORGC’s Karen Porter told commissioners. Local trail pioneer Walter Cook agreed: The forest park would provide “a sense of ‘away’—away from development,” he said. “There is nothing like it anywhere in our small county.” But not everybody wants a public park next door: “Homeowners and residents closest to the park have opposed it year after year,” neighbor Joan Rhoden said.

While some are lobbying to keep projects on the list, others asked to add projects, such as improvements to Bear Hollow Zoo at Memorial Park. Chris Sparnicht said over 400 people had signed a petition to include the $13 million project, which would add a reptile house and other new exhibits, plus needed animal areas and utility buildings. Also not on the current list: a residential addiction treatment facility, and access improvements to the Athens Welcome Center, located in the Church-Waddell-Brumby house that Jill Read told commissioners was “the reason historic preservation happened in Athens.” Eleven thousand people visited the Welcome Center last year, Read said, but “more would have come if they had [enough] parking.”

Commissioners will vote by mid-July on the final list of projects, and will discuss the list again at a July 8 work session.

Bike lanes along Hancock Avenue downtown, coming this summer, will be ACC’s first “protected” bike lanes—separated from car traffic by metered car parking. The lanes will also connect to new bike lanes along College Avenue. BikeAthens Executive Director Tyler Dewey offered “vigorous support” for the plan, which he said will have “almost no impact on motor vehicles” on the wide streets. And a section of the Firefly Trail east of Winterville “has been a long time in the making,” Mayor Kelly Girtz said as commissioners prepared to approve construction. “I think what everybody wants to see is being able to get from East Broad Street to Oglethorpe County,” where the trail is planned to go.

And citizens and commissioners asked for “speed studies” on various local streets that might enable lowering speed limits along Timothy Road, College Station Road, Epps Bridge Parkway, Old Lexington Road and Cleveland Road. Georgia cities cannot set their own speed limits—they must be approved (if they are going to use radar enforcement) by the state, which requires evidence of how fast cars are currently going on a given street and approves a lower speed limit only if 85% of cars are already going under that speed.

Commissioners also met their new parliamentarian and county attorney, Judd Drake, who replaces the retiring Bill Berryman. Drake was most recently lead attorney for the Macon-Bibb County unified government, and sought an opportunity to return to Athens, where he attended UGA and met his wife.