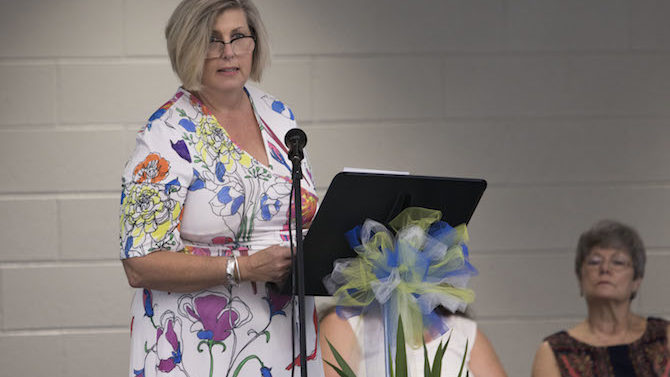 Scarlett Dunne, who has been the principal at Oglethorpe Avenue Elementary School, is retiring at the end of this school year. She has worked for the school district for 32 years.

“She loves the children, it’s obvious, and she’s doing her job for the children,” said real estate agent Camille Staley, who has served as Parent-Teacher Organization president, the parliamentarian on the school governance team, the parent advisory board and the building committee. “Dr. Dunne stayed on so she could see the school renovation be complete and so that she could implement the language immersion program.” The newly reconstructed school now has a dual Spanish and English program.

Staley said the principal created a “culture of celebration” at Oglethorpe, playing music during morning dropoff and holding monthly assemblies to recognize students.

Anissa Johnson, who has been the principal at Fowler Drive Elementary School since 2011, is leaving Athens and taking a job in Henry County. She has resigned her position. Before becoming the Fowler principal, she worked as a teacher at Coile Middle School, as a counselor and as Fowler’s assistant principal. Because she is leaving before the end of the school year, an interim principal will be named.

The application period for those jobs will soon begin. When the interviewing of candidates starts, the local school governing teams will be involved in the process of selecting new principals.