How Would Athens Handle a Mass Shooting or School Shooting? 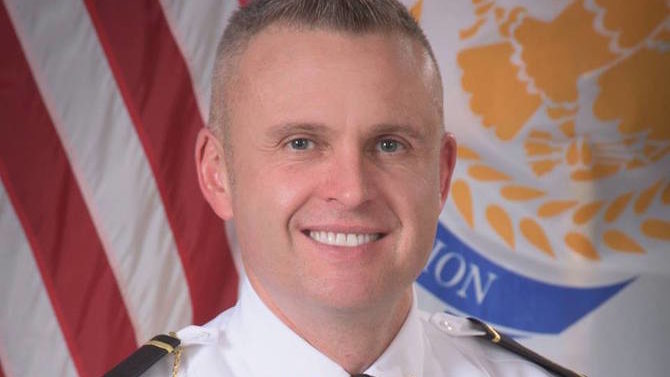 Athens-Clarke County police are well trained to deal with a mass shooting, according to Police Chief Scott Freeman, and the Clarke County School District is bringing in a consultant to beef up security at local schools in the wake of the Parkland, FL shooting last month, when ex-student Nikolas Cruz killed 14 students and three employees at Marjory Stoneman Douglas High School.

The Athens Anti-Discrimination Movement hastily organized a town-hall forum last week to discuss how Athens would respond to such a tragedy. “God help us all if that day should come, but I promise you we will do our absolute best,” Freeman said.

Officers undergo active-shooter training and drill on a regular basis at various locations, including schools. A system is in place to send tips to multiple administrators so none fall through the cracks like they did in Broward County, Freeman said, and police have a close working relationship with the school district.

Freeman brought up an incident last week involving a threat at Coile Middle School. Within 30 minutes, district personnel had contacted police, who assigned six detectives to the case. Those detectives interviewed seven suspects and went through phones and computers, and within hours determined the threat wasn’t serious, he said.

“I think of it as the ultimate tragedy when someone walks in and takes another’s life in a place that’s supposed to be safe,” CCSD Superintendent Demond Means said. He’s happy with the way schools restrict access—visitors have to be buzzed in—but the district has hired security consultants Safe Haven International to audit school safety. Schools have procedures for soft and hard lockdowns, and he said he’s asked principals to conduct more of those drills, but active-shooter drills aren’t “mentally or socially appropriate,” he said.

Means said he’s wary of beefing up security at local schools. “I don’t want to extend the school-to-prison pipeline,” he said. Instead, he’d prefer to hire more counselors and social workers and reduce class sizes so that emotionally troubled students can be identified and helped. “What’s sad is, we know who they are, but we don’t have the resources to wrap our arms around them not only them, but their families,” he said.

While mental health is an issue, Means put the blame for mass shooting squarely on guns. “The bottom line is, there are just too many guns available,” he said.

Although legislation restricting guns is unlikely to pass the Republican-controlled state legislature, Rep. Spencer Frye (D-Athens) presented a laundry list of laws he would like to see put in place: no long guns at protests (he argued their presence means people are no longer “peaceably” assembled, as protected by the First Amendment), requiring training to receive a concealed-carry permit (it’s currently easier than getting a hunting license, he said), banning “bump stocks” that turn semi-automatic rifles into automatics, barring domestic abusers from owning guns, requiring gun owners to buy liability insurance, universal background checks (closing the peer-to-peer sales loophole) and a buy-back program similar to what Australia implemented after a mass shooting.

At the same time, Frye reassured gun owners that no one is trying to seize their weapons. “That’s the most ridiculous, un-American thing I’ve ever heard in my life,” he said.

Freeman said he isn’t taking a stance on gun-law reform, but he would like more flexibility to confiscate guns from dangerous people. A judge recently forbade local police from taking guns away from a mentally ill person who had made threats.

Many Republicans have called for arming teachers, an idea Means called “the most ridiculous thing I’ve ever heard.”