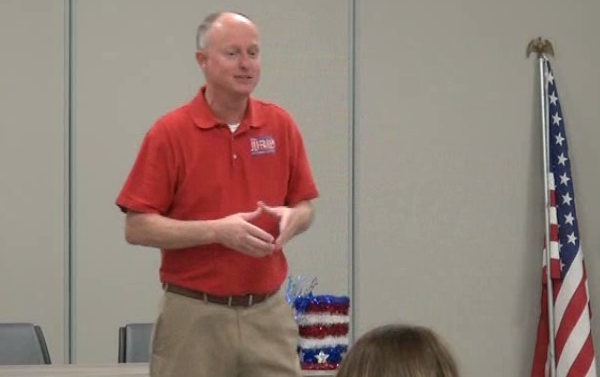 Rick Jeffares, running for Georgia lieutenant governor, told Oconee County Republicans that he doesn’t expect the Republicans to lose any state offices in November and that the party is likely to control state politics for at least eight to 12 more years.

Jeffares, from Henry County, said he expects fewer people to vote in the May 22 Republican primary than voted in the primary four years ago.

“When things are good,” Jeffares said. “When the stock market is good and people have got jobs, I hate to say it, they don’t care about politics at that point in time.”

Jeffares used the Feb. 22 meeting of the Oconee County Republican Party to state his positions on a variety of issues.

He also said he was in favor of campus carry and favored restrictions on carrying guns only at big sporting events and in courtrooms.