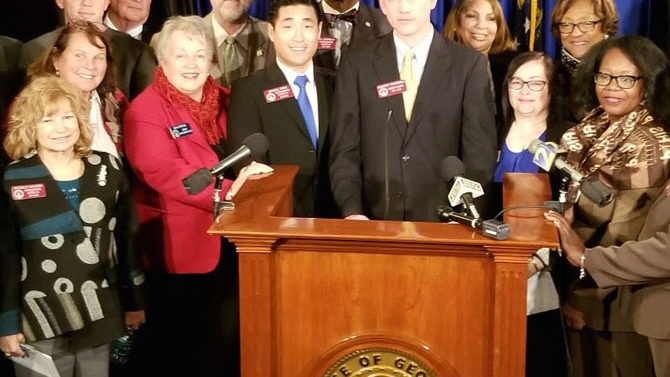 Democrats in the Georgia General Assembly—including two from Athens—introduced a bill Jan. 24 to expand Medicaid in Georgia.

The Affordable Care Act includes federal funding for states that accept it to allow families and individuals making up to 138 percent of the poverty line to receive insurance coverage and reduce the number of uninsured Americans.

About 240,000 Georgians fall into the insurance gap created by the lack of expansion, either making too much money to qualify for Medicaid or not enough to receive subsidies for private insurance. In 2016, Georgia had one of the country’s highest levels of uninsured people, at 12.9 percent, or about 1.2 million people.

A recent Atlanta Journal-Constitution poll found that 75 percent of Georgians want to join the 33 other states that receive additional federal funding for Medicaid under the ACA. Even so, House Republicans are unlikely to agree to expand the program, House Speaker David Ralston recently told the AJC.

Democrats cited states like West Virginia and Kentucky on Thursday as prime examples of the benefits of expanding the program. States with expanded Medicaid coverage see a reduction in uncompensated care cost, which would otherwise burden individual hospitals. Also, hospitals in states with expanded Medicaid are six times less likely to close than in other states. A half-dozen rural hospitals have closed in Georgia in recent years.

“One of the largest barriers to success is not having access to quality health care,” Trammell said during a news conference about the bill. “This is our No. 1 issue and our No. 1 priority. The No. 1 thing we can do… in rural Georgia is expand Medicaid.”