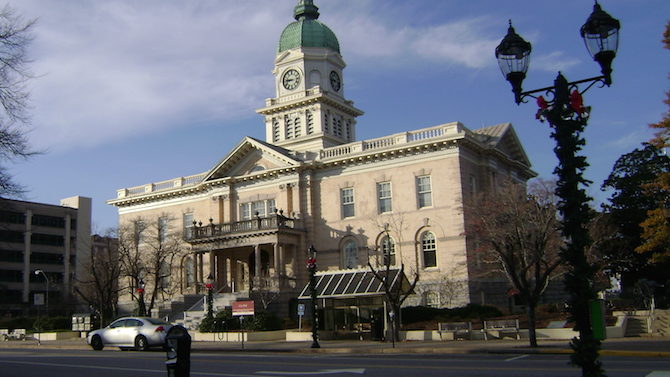 The Athens-Clarke County Commission will vote Tuesday, Aug. 1 on whether to undo the recent Chase Street road diet, which has upset business owners in the industrial Newton Bridge Road area because semi trucks and workers’ cars are being held up trying to get onto the Loop.

“It was a disaster from the beginning,” Bob Shields, who owns a spa and pool business on Oneta Street, told commissioners at the July 18 agenda-setting meeting.

Not even Complete Streets Athens’ Tony Eubanks disagreed, acknowledging that restriping Chase north of the Loop was a bad idea. “From the very beginning, the process was a disaster,” he said.

And it was, because of ACC’s incomplete Complete Streets policy. Chase only came up for review because the four-lane portion was due to be resurfaced. Commissioner Melissa Link used that opportunity to push through bike lanes and new crosswalks on Chase south of the Loop, near Boulevard and Chase Street Elementary. That led to legislating on the floor with little opportunity for public input, because the plans kept changing on the fly. If all streets were eligible to become Complete Streets, it would never have been an issue. As Commissioner Kelly Girtz noted, the policy requires county officials to think about small segments of streets in isolation, instead of as part of a network. Hopefully, the upcoming bike and pedestrian master plan update will fix that.

In the meantime, a public forum on Chase is scheduled for 6 p.m. Wednesday, July 26 at the Dougherty Street Governmental Building.

But it looks like the fix is in. “We can’t change it back to the way it was fast enough,” Commissioner Jerry NeSmith said.

This article has been updated to correct Bob Shields’ occupation.