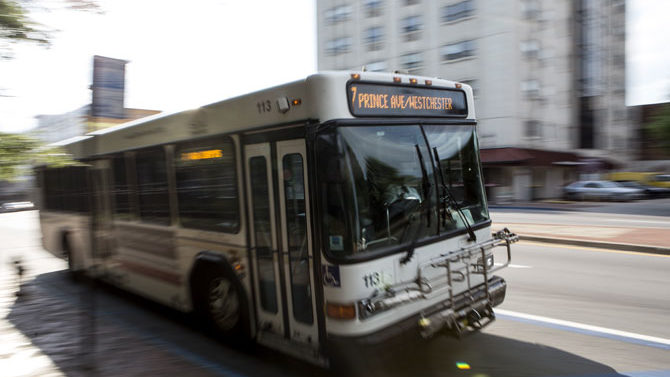 In November, ACC voters will approve or reject an additional 1 percent sales tax, to be collected for five years, to fund… what? Well, transportation projects (which is why it’s called T-SPLOST, or transportation special purpose local option sales tax), but the specific projects to be built are yet to be decided.

Thirty-six potential projects have been submitted for funding by either county department heads, citizen groups or individual citizens. Each proposal has been given a realistic cost estimate by county staffers and presented to a 22-member citizens’ advisory committee appointed by the Mayor and Commission.

But most proposals came from county departments: additional airport improvements in continued hopes to attract commercial air service and therefore more industries; money for routine (but backlogged) repaving of local streets (otherwise paid through property taxes); money for sidewalks and bicycle lanes to be prioritized by the bike/pedestrian master plan now under development; a roundabout at Whitehall Road and Milledge Avenue; corridor improvements for Atlanta Highway, Lexington Road and Prince Avenue; and downtown street and streetscape improvements, including replacing ancient underground lines along Clayton. Athens Transit requested money for more buses (including 10 hybrid electric buses) to implement more frequent service, and money for bus-stop improvements and outlying transfer stations (so passengers don’t always have to go downtown to change buses).

Total costs of all the requests: $257 million. Total money to be produced by the five-year tax: only $104 million. (The cities of Bogart and Winterville would also share in the bounty.)

The citizens’ committee, which has been meeting since April, vetted the projects and brought its recommendations last week to commissioners, who will pick the final list in August. The group picked a balance of citizen- and department-generated projects, and favored projects already underway or in existing county plans, but the recommendations still need further trimming—and don’t actually have to be followed by commissioners, who offered feedback on their choices.

“I think our citizens want their streets paved,” said NeSmith, arguing for more spending on roads. People want to move to Athens, said Commissioner Kelly Girtz, despite “this mythology about the school district” (local real-estate agents who warn buyers away from Clarke County), and a big reason is that the city is largely walkable and bikeable. That’s a competitive advantage that we should continue to improve, he said.

Several commissioners downplayed trail-building priorities, or projects that might be eventually be built under other county plans. Commissioner Melissa Link argued for “something extra” (the U.S. 29 bus route, a sidewalk on Jefferson River Road) in outlying areas where lower-income people often live.