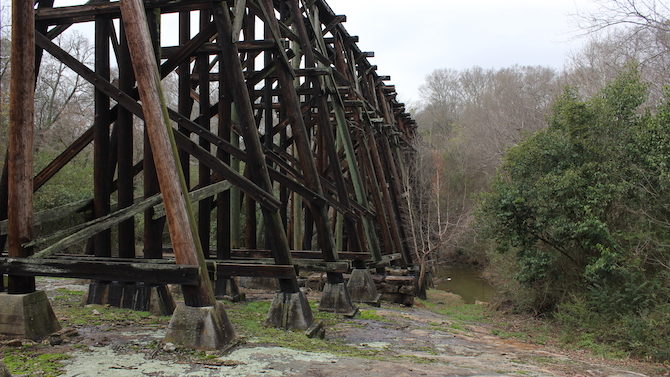 A citizens’ committee will begin reviewing projects next month that could be funded (and eventually built) if voters approve a 1 percent sales-tax increase in November. The projects—most of them proposed by county departments, but a few by citizens—range from road resurfacing and new parking near trails to traffic signals, bridge replacements, new sidewalks, bicycle lanes and new bus routes. Completion of the Firefly Trail to Winterville and construction of a pedestrian bridge to replace the derelict R.E.M. trestle are likely candidates. A North Oconee River boat launch and a sidewalk to Memorial Park were proposed by citizens. The deadline for proposals is Feb. 28.

Not all the proposals will be funded. If voters approve, the transportation sales tax would last five years and produce just over $100 million, SPLOST Administrator Keith Sanders said at a commission work session last week. But over $200 million in projects are likely to be requested, once all the requests are in. ACC commissioners will decide which projects go with the ballot measure, following recommendations made by a citizens committee that will vet the projects first.

Guidelines for the 21-person committee, chaired by former Commissioner Alice Kinman, include better road safety “for all users,” improving bus service and reducing congestion.  Commissioner Jerry NeSmith wanted economic development explicitly included, too. “That very thing” is a commission priority, he said. “Our thought was, all transportation is economic development,” Kinman said. Added Commissioner Melissa Link, “We’ve seen a lot of interest in the Chase Street corridor because we’re getting bike lanes out there.”

Although some online sellers are now required to collect sales tax in Georgia, local sales tax collections have been “flat,” said Tim Taylor of ACC’s Finance Department. “We don’t know” how online sales have affected county revenue, he told Flagpole, because sales tax is reported to, then distributed by, the state Department of Revenue—and it provides no information on where tax revenue comes from. “If it is going up, it’s displacing something else,” Taylor said.

Georgia and some other states have “Amazon laws,” according to nolo.com. Georgia requires sellers to collect sales tax (including local taxes) if they have a physical presence in the state, or sell over $50,000 annually to Georgia customers.