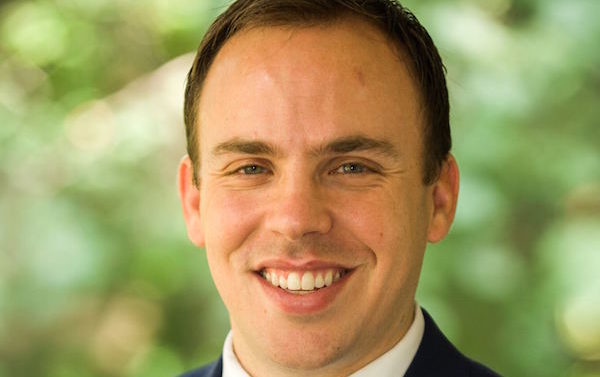 At a forum hosted by the Federation of Neighborhoods Nov. 7, about 30 citizens met (and questioned) four new county department heads and the county manager last week at Ciné. A number of department heads have moved on, retired or died in the past year or so. Among their replacements are Tax Commissioner Toni Meadow, Transportation and Public Works Director Drew Raessler, Police Chief Scott Freeman and Public Utilities Director Frank Stephens. Blaine Williams replaced Alan Reddish as county manager in February.

Most said their departments are in good shape—and Athens is such a desirable place to live, Williams said, that people will accept less pay here. (But a pay study of county employees is underway, he said, and despite heavy responsibilities, police officers start at only $30,000.)

Freeman said that, given widely publicized conflicts in other places, the potential for tension between police and citizens is “the highest it’s been, probably, since the civil rights era.” But Athens’ police are “extremely well trained,” he said, and “community policing is ingrained in the department.” He seeks public input—“so we don’t have groupthink” in the department—and when crimes spiked recently around Vine Street, police held a health fair to help open communications in the community.

Discouraging young men from joining gangs is “very much a public safety issue,” he said. “Your police department cannot do this alone when it comes to fighting the gang problem. And it goes back directly to the issue of poverty,” which is “a black hole” from which young people often feel they cannot escape.

“What’s becoming apparent is that there needs to be a focus on youth, and there needs to be a focus on economic opportunity,” Williams said. “It’s amazing how interrelated all this is… housing, education, public health, economic development—all these things are linked.” In Athens “there’s a lot of people doing great things, but resources are spread a mile wide and an inch deep” and seem to be duplicated, he said.

Many citizens had questions about transportation. ACC cannot lower (or at least enforce) speed limits, even on its own streets, without GDOT’s approval, explained Raessler. Traffic engineers set speed limits based on how fast most drivers are driving on a given street, on the theory that drivers respond to road conditions. So, do drivers effectively set the speed limit? “Not entirely,” Raessler said. “It’s a feedback loop,” but redesigning roadways to slow down traffic is usually cost-prohibitive.

One citizen asked if anything could be done about the chlorine taste in county water. It helps to let it sit for an hour, Stephens said, but there’s no good alternative to chlorine to keep water safe, and “you’ve got to have a little residual” to guarantee disinfection.

And Public Utilities will be looking at the possibility of eventually distributing “reclaimed” water usable by industry (but not for drinking)—for example, for irrigation use.

Williams said there’s an “overabundance” of student housing downtown because “it throws off the most cash. It is much more profitable.” The zoning code was changed 20 years ago to encourage more intown development and preserve the rural “green belt,” and “now that’s starting to happen.” But, he said, “we need more senior housing. We need more adult workforce housing.”