Commissioners Want to Make It Easier for Restaurants to Serve Booze 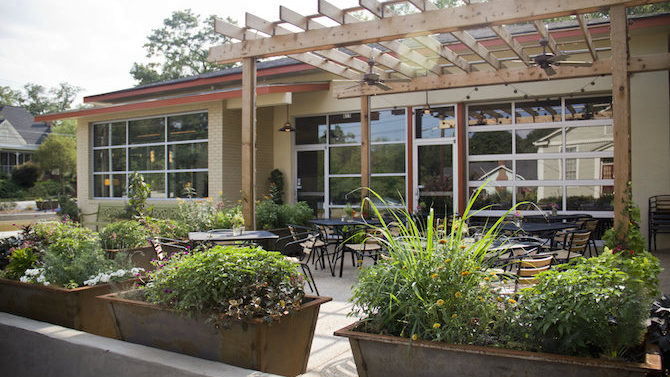 Athens-Clarke County law prohibits the sale of alcoholic beverages near schools and single-family homes, but in 2007, the commission approved a waiver process to grant exemptions to restaurants that wanted beer, wine or package licenses. Now the commission is considering doing away with the distance requirements altogether.

In nine years, the commission has received five waiver applications and approved all five. “It seems like it was a lot of work for staff and everybody involved when all the applications that were made to us were approved,” Commissioner Jared Bailey said at a Legislative Review Committee meeting last week.

The waiver process was meant to encourage mixed-use development and walking-distance neighborhood restaurants like Heirloom Cafe in Boulevard, but at the time they created it, commissioners wanted to keep control over granting waivers to avoid allowing a restaurant that might convert into a nightclub late at night. None of the approved restaurants have had any problems.

“We have not had a bad restaurateur or business create a problem where we have to have the police go in and say, ‘Hey, we’ve got to change this,’” Commissioner Harry Sims said.

Next, the LRC will consider lifting distance requirements for retail alcohol sales. The developer of 100 Prince on the St. Joseph’s property is tearing down an adjacent house so that a grocery store there (likely Daily Groceries Co-op) can sell beer and wine, Bailey said. The developer tried to donate the house to a nonprofit that would move it but found no takers, he said.

New Sidewalks: At the same LRC meeting, new Transportation and Public Works Director Drew Raessler, a UGA graduate who just arrived back from Cobb County, outlined a new formula for deciding which streets get sidewalks.

Building sidewalks has gotten harder and more expensive over the years as TPW has gotten the easiest and cheapest projects out of the way. Sidewalk construction used to cost about $80 per foot, but now it’s more like $250, Raessler said. At that price, the $400,000 ACC spends annually on sidewalks will only build about a third of a mile, but millions more could become available if voters approve a transportation sales tax slated to go on the ballot next year or in 2018.

The proposed formula takes into account cost, connectivity (whether the project fills in a gap), the roadway’s speed, evidence of pedestrian activity (like worn dirt paths) and proximity to schools, bus stops and other public facilities. Under those criteria, portions of North Avenue, Chase Street, Oglethorpe Avenue, Southview Drive and The Plaza would rise to the top of the list.