Riding the Bus Could Be Free for Kids Year-Round 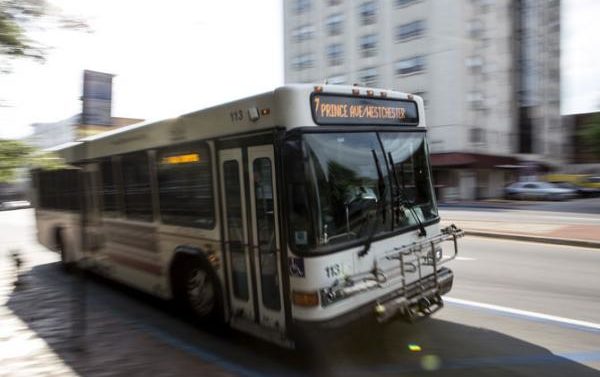 Athens-Clarke County commissioners are poised to extend free bus rides for Athens youth—at least for a year—but some are concerned that not requiring them to pay sends the wrong message.

The commission approved a pilot program in February allowing all riders ages 5–17 to ride Athens Transit for free from May 20 (the last day of school) until Aug. 9 (the first day). The program was recommended by the Mayor’s Youth Development Task Force, a group appointed by Mayor Nancy Denson to dissuade youth from joining gangs.

“This was enthusiastically endorsed by the community, our partnership,” Commissioner Harry Sims, who chairs the task force, said at the commission’s agenda-setting meeting Tuesday. “People were really excited about it.”

As a result, youth ridership increased 600 percent, from 48 riders per day to 340, according to Athens Transit.

“I think students are using this because there isn’t that barrier” of paying the $1.50 youth fare, Commissioner Allison Wright said.

In addition to making it easier for youth to get to summer jobs, volunteer opportunities, parks, shopping or other recreation, traveling by bus can be prohibitively expensive for large families. Expanding the program year-round would also give students a way to get to school if they miss the school bus.

“They are able to go to the park, get to that job, get to school if they wake up late, do any number of things,” Commissioner Kelly Girtz said.

However, Commissioner Sharyn Dickerson raised a concern that free bus rides won’t teach kids the value of money. She suggested charging a minimal amount, such as a quarter.

“I’m raising three boys,” Dickerson said. “They think food on the table is free because they don’t pay for it out of their pockets.”

She also wanted more information on youth riders’ ages and where they’re going.

Dickerson’s concerns may be more of a marketing issue, Commissioner Jerry NeSmith said. He suggested referring to the program as “complimentary” rather than free.

“We do a lot of things that are free that are paid for by the taxpayers,” NeSmith said.

Wright said the youth bus program is similar to the Clarke County School District’s decision to stop charging for breakfast and lunch because so many students qualified for free or reduced prices, while Girtz used the analogy of riding a bike on the greenway. (Not to mention that school buses are fare-free.)

Members of the activist group Athens for Everyone spoke in support of the program, but also said buses should be free to all.

“We could see some of those benefits across the entire community if we pursue a fully fare-free transit system,” Tim Denson said.

“They [fareboxes] cost money, they slow boarding times, and worst of all, they slow ridership,” he said.

Michael Smith had a more modest suggestion: raising the age limit to 18 to sweep in high-school students who are over 17, as well as some Athens Tech freshmen.

As is, Athens Transit estimates it would lose $40,000 in revenue by extending the program through the rest of the fiscal year, but that amount could be absorbed by cutting costs.

If the commission opts to extend the program for a year rather than make it permanent, ACC Manager Blaine Williams said staff will gather more data and present it to the commission next year.

A final vote is scheduled for Tuesday, Aug. 2.