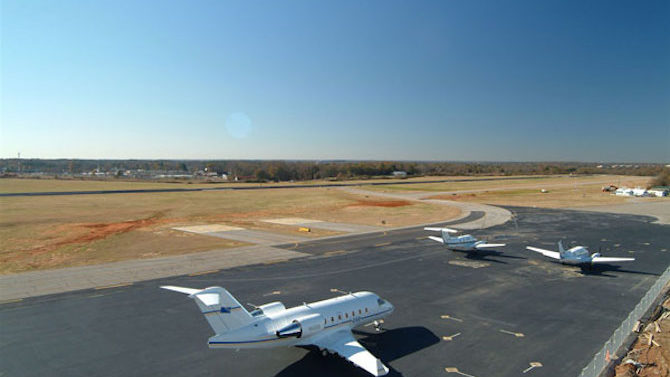 Athens lost its only commercial airline in 2014, when the Federal Aviation Administration pulled an annual $1.6 million subsidy because only six people a day were flying. Still, Athens-Clarke County is moving ahead with a new commercial terminal at Athens-Ben Epps Airport, but with a vote to approve a construction contract looming next month, officials disagree on how to fund it.

ACC Commissioner Jerry NeSmith called the new terminal “window dressing” at the July 19 agenda-setting meeting and questioned whether airport officials have been actively seeking a new airline. Commissioner Sharyn Dickerson, whose district includes the airport off Winterville Road, assured him they have.

“There’s a lot of stuff going on,” Dickerson said. “It’s very fluid right now.” While she couldn’t go into detail, she said an airline could potentially provide regularly scheduled flights to New York and Washington, D.C.

The project dates back to 2004, when voters approved $4.6 million in SPLOST funding for the terminal. But that’s not enough to build it, and county officials are recommending pulling another $1.4 million from interest earned on sales tax revenue and unspent money from other SPLOST 2005 projects, including a vaguely worded business corridor infrastructure project.

Commissioners Kelly Girtz and Mike Hamby objected to spending the business corridor money, saying it could be better used elsewhere, such as downtown. “I’d prefer for us to look somewhere else for that amount of money,” Hamby said.

But five years into SPLOST 2011, SPLOST 2005 is winding down, county manager Blaine Williams told them, and SPLOST 2011 dollars can’t be spent on SPLOST 2005 projects. “Why don’t y’all let us think on that,” he said. “There may be another way to make up that gap.”