Local Law Is Ambiguous on Keeping Dogs in Electric Fences 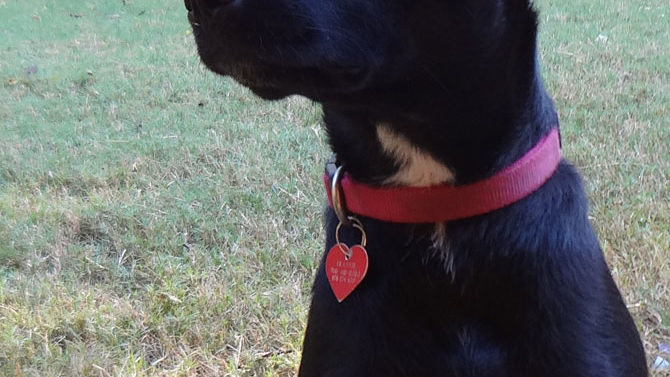 “There’s nothing that produces a line at City Hall like any animal issue,” Commissioner Kelly Girtz commented before the commission’s Legislative Review Committee went on to discuss electronic dog fences.

In Athens, dogs are required to be fenced (and they cannot be tied up or “tethered” when the owner isn’t present). Some dog owners use an “invisible” electronic fence, in which the dog wears a battery-operated collar that will shock it if it crosses an underground wire. Mostly, that works, but it’s not as secure as a physical fence, Animal Control Division Administrator Patrick Rives told commissioners. But it’s allowed, since a court decision accepted an electronic fence as a legal barrier. “Our ordinance is ambiguous at this point,” though, Central Services Director David Fluck said.

And there can be problems: The battery can die; the dog can get excited and charge out of the fence despite the mild shock (and then will be shocked again if it comes back in); a power outage can shut off the fence. “Typically, they also rely a little on the training of the animal,” Fluck said.

And unless signs are posted, passers-by may not realize that the dog is even confined. ”Sometimes that creates fear or apprehension,” Fluck said, and calls to Animal Control. In one case, a deliveryman got bitten, not realizing he was intruding on the dog’s space.

If the local ordinance is tweaked, commissioners seem likely to at least require posting signs; already any dog with a proven history of causing injury would not be allowed in an electronic fence (but that can be hard to prove, especially if neighbors aren’t willing to testify in municipal court about a troublesome dog, and they often aren’t).

“There are some dogs that my officers know by name,” Rives said. “There’s going to have to be a little more citizen involvement to make some cases,” attorney Berryman said.