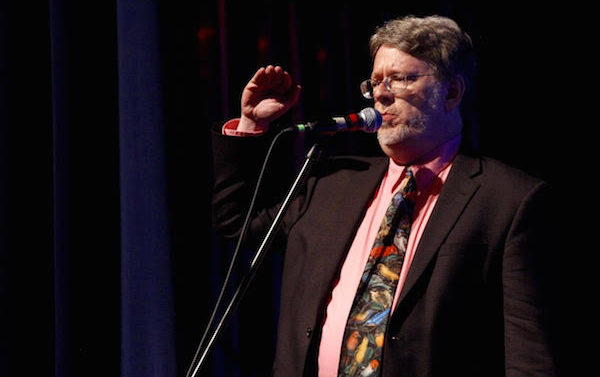 
John Knox speaks to supporters at the Morton Theatre, where his former students in the band Dank performed, after winning a Clarke County Board of Education seat.

Paul Broun, the controversial former congressman from Athens, failed in his bid to return to Washington tonight, losing in the Republican primary to incumbent Rep. Doug Collins of Gainesville.

Collins received 61 percent of the vote in the 9th District, which runs from the northern edge of Athens through the Northeast Georgia mountains. Broun won 22 percent in the five-man race.

No other local candidates—including Republican U.S. Rep. Jody Hice, Athens’ three state representatives, five incumbent commissioners, three incumbent school board members, District Attorney Ken Mauldin, Sheriff Ira Edwards and several judges—faced any opposition today. Nor will they in November, either because the nonpartisan races were decided today or, in the case of partisan races, there is no candidate of the opposite party.

Today’s local results are final as well, as Cowsert, Ginn and Collins have no Democratic opposition, nor is a Republican running for tax commissioner.

In other, statewide races, Sen. Johnny Isakson coasted in the Republican primary with 77 percent of the vote. He’ll face Democrat Jim Barksdale, the party-backed candidate who won 53 percent of the vote against a surprisingly stiff challenge from Cheryl Copeland.

Republicans re-elected Public Service Commissioner Tim Echols of Winterville with 69 percent of the vote over two challengers. Democrats did not field a candidate.

Commissioners Met With Car Dealer Prior to Vote