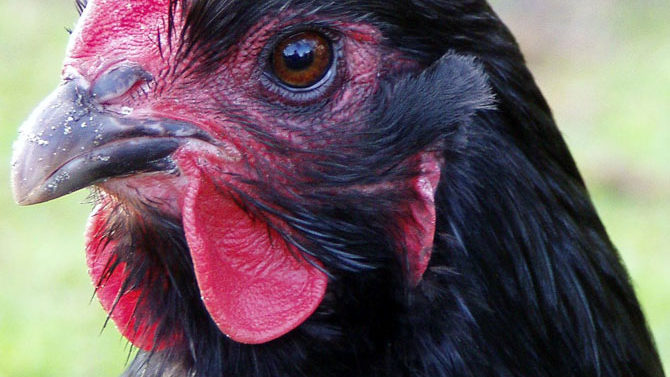 From the discussion at the Tuesday, Apr. 21 ACC Commission meeting, there was no indication that the chicken ordinance won’t pass overwhelmingly when it comes up for a vote May 5. But there may be a bit of cockfighting over the details.

Link said she’ll introduce a few modifications to the ordinance the planning commission recommended earlier this month, which allows residents to keep up to six chickens in an enclosed space (a fence, a moveable fence or a coop) in any zoning district. She wants to let chickens roam in fenced-in front yards, just like dogs and cats, and to raise the limit on larger lots to 12 birds. She also supports a provision requiring capons to be kept at least 25 feet away from neighboring homes. “We want this to affect as few people as possible, so we can keep everybody happy.”

Commissioner Allison Wright wants to tweak language referring to predators and delete a reference to storing feed in “rodent-proof” containers because, short of code-enforcement inspectors going into your backyard (which isn’t going to happen), there’s no way to enforce it.

Sharyn Dickerson, who represents mostly rural eastern Clarke County, said she’s not in favor of allowing more than six chickens, even in lots larger than 25,000 square feet, as Link suggested. But, she pointed out, chickens do fly, and their coops ought to be covered.

“Keep it simple is going to be a good concept, at least to start with,” Dickerson said. Hamby floated the idea of reviewing the ordinance after a year, in case any problems crop up.

HOPE for Raises: After a 9 percent tuition hike takes effect in the fall, in-state University of Georgia students will be paying $11,600 in tuition—almost four times what they paid in 2000, according to some Augusta Chronicle number-crunching.

HOPE once paid for everything, but it won’t even come close to covering that figure for most recipients. When $2,258 in mandatory fees are taken into account, HOPE will only pay 60 percent of the cost of attendance, according to Claire Suggs of the Georgia Budget and Policy Institute. That figure doesn’t include books, either.

If students will have a little less money in their pockets, at least University of Georgia employees will have a little more. Faculty and staff will be in line for 5 percent raises, UGA President Jere Morehead said last week. (They’ll be merit raises, so some might get more and some less.) UGA salaries fell far behind peer institutions during the recession, and these raises will only partially catch us up.

Peachy Green: The Athens Economic Justice Coalition (a 12-year-old organization devoted to a living wage for local workers) is starting a worker-owned cleaning company called the Peachy Green Cleaning Cooperative. A GoFundMe campaign has raised more than $1,000 so far toward a $5,000 goal. Donors will be invited to a party at Flicker Theatre and Bar Saturday, May 2.