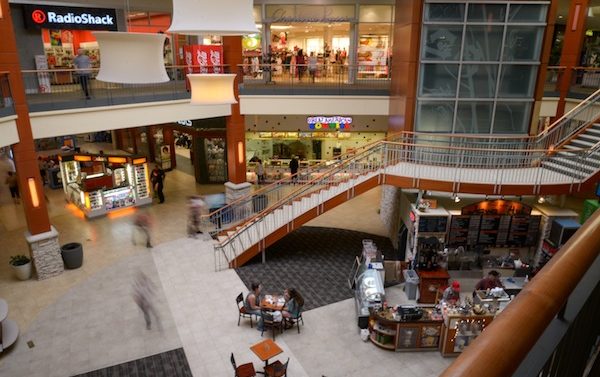 Atlanta Highway will change, but it remains a strong retail area despite the shift of some retailers across the county line to the Epps Bridge Road area, a Federation of Neighborhoods panel said Monday, Apr. 7.

While some retailers have left Georgia Square Mall for the newer regional hub, a couple of others have been persuaded to stay, said the mall’s general manager, Michael Carey. The mall was sold six months ago, and the new owners will restore the July 4 fireworks show—an event for which there are no suitable facilities in Oconee County. The mall is 94 percent fully leased, Carey said, and a new association of Atlanta Highway merchants began meeting in February.

“Retail’s just an evolving thing. It’s always changing,” said David S. Dwyer, a native Athenian and real estate consultant who is developing a large mixed-use project downtown that includes Suntrust Bank. (Dwyer hopes that project will include a grocery store.)  But, “Atlanta Highway’s not going to be what it was. It’s evolving.”

Atlanta Highway is a mainstay of Clarke County’s tax base, and it will retain “a very strong retail presence,” said Athens-Clarke Commissioner Mike Hamby, who was part of a study committee on the area. A recent sales tax report showed “very strong” sales, he said. “Oconee’s success doesn’t mean Athens is going to be ruined.”

Meanwhile, county government will do what it can to improve Atlanta Highway, Commissioner Jerry NeSmith added. The mall area needs better crosswalks, and there are no sidewalks at all. There are plans to improve road connectivity between businesses adjacent to the mall to create “a shopping campus” and to simplify left turns onto Atlanta Highway, NeSmith said. And beginning in July, new zip codes (optional at first) will be introduced to the area, and Atlanta Highway addresses will become Athens addresses, rather than Bogart. (“Where’s Bogart?”)

About 50 people attended the forum. From the audience, mayoral candidate Tim Denson asked whether bus service might be extended to the new Caterpillar plant, since Cat employees must (and some do, he said) arrange rides to the mall in order to catch a bus. Hamby responded that a trial bus route farther out Atlanta Highway (before Caterpillar opened) had seen low ridership, and “it became expensive.”

According to Dwyer, “Restaurants are a great barometer of a location,” and by that standard, Atlanta Highway is doing well, with $40 million in yearly food sales between Timothy Road and the county line. But ACC’s permit processes need to be friendlier to developers, Dwyer said. From his own experience, waiting 18 months to get a site plan approved is “too long.”

The panelists also discussed similar issues along Lexington Road, where, Dwyer said, “the national retailers choose to do outlets as opposed to first-run stores.” Dwyer expects apartments to be a big part of the mix. “Multi-family’s going to be very important on the Eastside,” he said.

Commissioner Doug Lowry, who represents that area, said new retailers are coming to Lexington Road, including an Ollie’s (similar to Big Lots), a Bojangles fast-food chicken restaurant near the airport and possibly an Aldi in the Willowood shopping center. “We’re working feverishly” to locate others near Lowe’s or Walmart, Lowry said. State tax credits ($3,500 per job created) are available (and were used, for example, by the Goodwill store) to help fill vacancies at Willowood. Meanwhile, Williams Hardware and the corner Shell station are closing, Lowry said.

What does thrive in the area are convenience stores, Lowry said. He counted 10, “and that’s eight too many, in my opinion.”