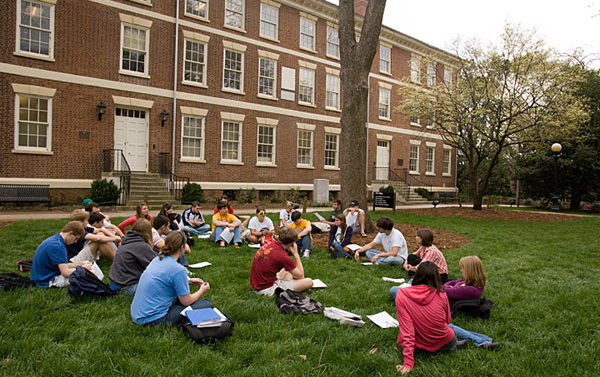 The Board of Regents voted today to raise tuition at the University of Georgia by 7 percent, continuing the trend of shifting costs from taxpayers to students and their families.

In-state tuition for UGA students who take more than six hours of classes will be $4,295 per semester in the fall, compared to $4,014 this year.

Even before today’s tuition hike, UGA students were already resorting to online fundraisers to pay their school bills. This fall, some of them will struggle even more, according to Claire Suggs, senior education policy analyst at the Georgia Budget and Policy Institute:

A student struggling to pay for classes at the University of Georgia next year will need to come up with about $600 more and Georgia Tech tuition is up more than $740 for the year. State lawmakers set aside 3 percent more for HOPE Scholars next year. That won’t come close to covering the new tuition costs.

The state paid for about 75 percent of the cost of higher education before the recession and 25 percent fell to students and families paying tuition. The cost is now split about 50-50 between state funding and tuition. That cost shift makes it harder for Georgia students to attain a college degree and for the state to realize its goal of adding 250,000 more graduates by 2020 through Complete College Georgia.

University system officials said the hike is needed to fund 1 percent merit raises for employees (the first since 2009), pay for new medical education programs like residencies for students at the Athens health sciences campus and lower the cost of textbooks. A UGA pilot program replaced a $100 biology textbook with a free online textbook.

“Our differential tuition strategy gives us the flexibility to set tuition at rates that ensure our institutions can fulfill their instructional mission but also address the affordability concerns of students and parents, particularly at our access institutions,” Vice Chancellor for Fiscal Affairs John Brown said in a news release, citing UGA’s middle-of-the-pack affordability ranking among peer institutions.

But tuition has more than doubled in less than a decade—it was $1,910 for full-time UGA students during the 2006–2007 school year.

Over the same time period, state lawmakers have cut higher-education funding by $200 million—even as enrollment has risen—and cut the HOPE Scholarship so that it no longer covers full tuition for most students.

At the University of North Georgia, as at 27 other non-research universities, tuition will rise 2.5 percent.

Tuition hikes as high as 9%. This is what happens when GA disinvests in education. Time to #ChangeTheDeal. http://t.co/PeBaXO5OpG #gapol