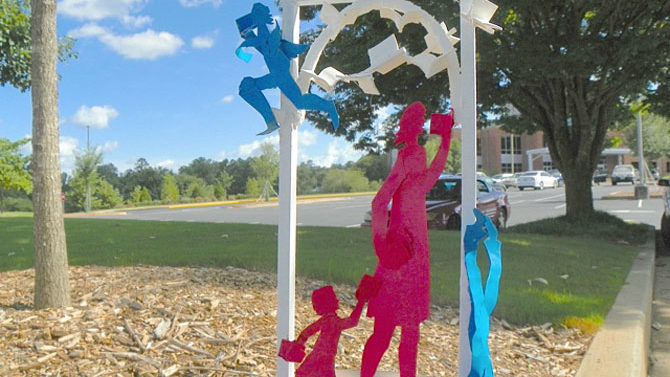 Classic Center Executive Director Paul Cramer got a surprising amount of pushback from Athens-Clarke County commissioners last week on his plan to convert the center’s Grand Hall into a part-time arena.

Cramer wants to spend $5.4 million to buy bleachers and a scoreboard—which he said would allow the Classic Center to host sporting events and ice shows and turn the exhibit hall into a skating rink during the traditionally slow winter months—as well as pave a gravel parking lot and add about 100 spaces to the parking deck.

To do it, he needs commission permission to issue bonds, which would (if everything goes according to plan) be paid back with revenue from additional events. Already, Cramer has worked out an agreement with the UGA hockey team to host games there, with the Classic Center getting 90 percent of the revenue from ticket sales and concessions. The Ice Dogs’ “home” games are currently in Duluth because there’s nowhere to play hockey in Athens.

But commissioners Allison Wright, Jared Bailey and Jerry NeSmith raised a number of issues with the plan, most notably questioning whether Cramer could actually recoup the $5.4 million investment. (As a side note, Bailey and Wright recently tried and failed to shave off some of the Classic Center’s hotel/motel tax funding.) Cramer said he is “100 percent confident” in his ability to pay off the bonds and promised to give commissioners more details before the vote, scheduled for Tuesday, Sept. 3.

Public Art: The Athens-Clarke County library got a nice facelift earlier this year, and soon the grounds will, too.

Clements’ 15-foot-tall sculpture depicting a mother reading, a child return a book, a teenager dancing and a flying muse will be erected in the drop-off circle in front of the library. Napoletano’s 111-foot-long mural of legs running toward the library will be mounted on an ugly retaining wall.

“Together, they are going to work beautifully,” ACAC Chairwoman Marilyn Wolf-Ragatz said.

This is how Napoletano describes his plans for the mural: “The figures included in the mural will serve as a reflection of the library’s function within the community, while simultaneously welcoming all who wish to use the library as a resource. It will exemplify the diversity of Athens on a multifaceted level, depicting people of all ages, vocations and ethnicities, while simultaneously noting its historic roots.”

You may have noticed that the figures depicted are all the same skin shade. Wolf-Ragatz assured Flagpole that won’t be the case with the finished mural.

Clements, in keeping with our Classic City moniker, is using Greek symbolism representing ideas and inspiration in literature, science and the arts. “It was believed the muses would help inspire people to do their best,” he said. “And this is a big part of our library’s mission: to awaken, to delight, to inform and to inspire our Clarke County citizens’ minds.”

While a 2011 law requires the commission to at least consider devoting part of SPLOST project budgets to art, no such funding was associated with the library expansion. Since its creation three years ago, the ACAC has received about $15,000 a year in local tax revenue.

“It’s money we can spend on public art in whatever way we feel will benefit the community the most,” Wolf-Ragatz said. And the ACAC decided that that’s the library, one of the busiest public resources in the community.

The sculpture and mural will cost a combined $33,000 for materials and labor. Considering the ACAC recently spent almost $10,000 on a bench at Rocksprings Park, that’s a lot of bang for our bucks.

Urban Farm: East Athens was not always a residential neighborhood. In the 19th Century, it was covered in cotton farms, and if you look closely, you can still see the remnants of terraces stepping to the North Oconee River across from downtown. The railroads through Athens were originally built to ship that cotton.

The Williams family farm off Ruth Street is the last vestige of that heritage, and the Athens Land Trust is protecting it in perpetuity. The five-acre lot, bought for $250,000, will continue to be a working farm, and food grown there will be sold at the land trust’s monthly West Broad School farmer’s market.

Although the area is zoned residential and agriculture is generally not allowed, the farm has been grandfathered in. Coincidentally, a proposal to ease restrictions on community gardens in neighborhoods is on the ACC Commission’s Aug. 22 agenda.

The land trust will dedicate the farm at a 4 p.m. ceremony Thursday, Aug. 22. Parking will be available off Northside Drive.

Mama’s Boy: Most readers are probably aware of the kitchen fire at Mama’s Boy Sunday, Aug. 11 that sent employees Terrance Statiras and Drew Jacoby to the hospital with serious burns. They’ll be OK, their medical bills are covered and the building wasn’t damaged. But an outpouring of support from customers led owners Alicia Segars and Cooper Hudson to set up an account for them at SunTrust Bank. You can donate there or at www.eatmamasboy.com.