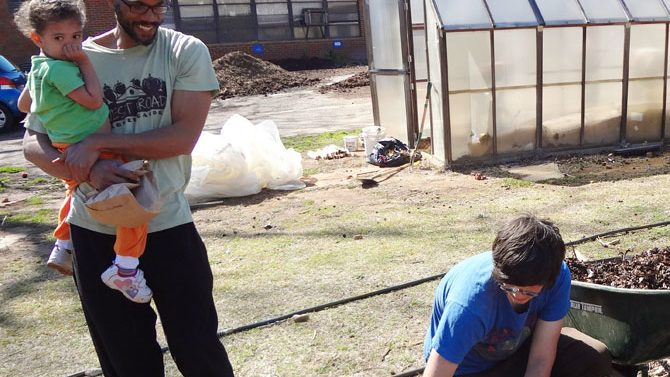 To paraphrase Q-Tip, daddy don’t you know that news comes in cycles, the way that Bobby Brown’s just amping like Michael.

The Athens-Clarke County Commission took care of business last week, putting to bed a number of issues that had been hanging around for months, if not years.

Keep in mind that God might not answer Gov. Sonny Perdue’s prayers forever, and don’t go off spraying water around all willy-nilly. Have some common sense. “I don’t think we want to see our neighbors watering their lawns at two o’clock in the afternoon,” Commissioner Kathy Hoard said.

The commission also signed off on the last detail left for the downtown Selig Enterprises development to move forward, approving a slope easement for a connection to the future bike and pedestrian trail along the east side of the property.

More than a year of discussion on Mayor Nancy Denson’s proposal to limit access to City Hall and other government property in response to the Occupy Athens protests last year ended with the commission finally killing it.

The other nine commissioners weren’t swayed by Commissioner Doug Lowry’s argument that a redeveloped, mixed-income Jack R. Wells Homes would be a “poverty reservation.” They approved contributing $700,000 to the $16 million first phase, a 100-unit senior assisted living center. As Denson noted, redeveloping the currently untaxed public housing complex off Hawthorne Avenue as a public-private partnership with both subsidized and market-rate residences will generate at least $212,000 a year in property tax revenue, so it’s a good investment from both a human and financial standpoint.

“I’m as excited about this as any economic development project in the county,” she said.

Downtown will soon be getting 510 new parking meters that accept payment by coin, credit card and smartphone, replacing old, broken-down single-space meters, as well as the much-loathed pay-and-display meters on Clayton Street.

And a traffic signal is coming to the intersection of Broad Street and King Avenue, which has gotten much busier since a new doctor’s office opened there and franchise burger and milkshake aficionados started lining up around the block to go through the Steak ‘n Shake drive-thru. Because the restaurant was generating many of the left turns at the intersection, it agreed to pick up part of the tab, but the Athens Orthopedic Clinic, which originally requested the light, refused, so taxpayers are on the hook for the entire $70,000 cost.

Commissioners decided to go ahead and put up the light because of 12 injuries at that intersection in the past five years. In fact, just a few days ago, on Aug. 6, a pedestrian was hit crossing Broad Street there.

“I would rather err in the (direction) of public safety support,” Hoard said, adding the caveat that she is “really sorry that those entities that are responsible for generating the extra traffic do not feel a responsibility for promoting the safety of the area.”

New Faces: When Flagpole last checked in with Fenwick Broyard, he was teaching a bunch of Classic City High School students how to farm at the Athens Land Trust’s community garden.

Since then, the monthly farmer’s market where neighborhood residents sell food grown in that garden has become a success, and Broyard has moved on to a bigger role in the community. Last month, he earned his master’s degree in social work from the University of Georgia and took over for Julie Meehan (who is going to graduate school at UGA) as executive director of Community Connection of Northeast Georgia, one of Athens’ largest and most visible nonprofits.

Broyard describes Community Connection as “the nonprofit mothership.” It refers people who need help to people who provide it through its 211 hotline. It runs Hands On Northeast Georgia, a sort of Craigslist for volunteers. As an incubator, it lends its nonprofit status and provides administrative services to fledgling agencies.

Several other local nonprofits are under new management as well. John Lash is the new executive director of the Georgia Conflict Center, dedicated to preventing violence and teaching conflict management. Natalie Bouillett is now heading up the Athens-Clarke Literacy Council, which offers GED classes and teaches illiterate adults how to read. Sarah Hubbard has taken over at Wild Intelligence, a nature and mentoring program operating out of Orange Twin, the northeast Athens arts and conservation community.

Incidentally, the literacy council’s annual spelling-bee fundraiser is Sunday, Aug. 25 at 3 p.m. at Hotel Indigo. All of these groups and many others do important work on shoestring budgets, so please consider giving them your time and/or money.

RIP Doug Bachtel: The well-known University of Georgia demographer—the go-to source for reporters looking for statistics on just about any topic you could imagine—died last week after a long battle with multiple sclerosis.

Bachtel was known for not only being a walking Wikipedia of facts about all corners of Georgia, but for being willing, even eager, to tell people facts that may conflict with their views. His friendly and funny personality tempered those unpopular facts.

For example, he insisted that Athens’ high poverty rate is real—even though many people dismissed it as skewed by college students—pointing to our large minority population and high number of single mothers as proof that most of the low-income people in Athens are not students living off of mommy and daddy. Lo and behold, a recent Census Bureau study found that, when students are subtracted, Clarke County’s poverty rate drops from 38 percent to 27 percent—still much higher than Georgia’s 17 percent poverty rate (itself among the nation’s worst) and the highest in the nation among 161 counties with collegesß.