Buzzing About Beer Gardens and a Downtown Grocery Store

Downtown Grocery Store: State Rep. Spencer Frye (D-Athens) is working on a bill to let local governments do away with a state law banning retail sales of alcohol near universities.

The Athens-Clarke Commission overhauled local alcohol laws a couple years ago to allow sales near churches and schools, but the state has its own distance requirements. Stores—though, obviously, not bars or restaurants—that sell beer and wine must be at least 100 yards from a college or university. A big chunk of downtown is at least that close to North Campus.

New developments are coming at the Armstrong & Dobbs and SunTrust properties downtown where a (small) grocery store would be ideal, but since they make a lot of money selling beer and wine, one isn’t likely to open downtown until that law is changed.

Frye says the bill will win bipartisan statehouse support because of its economic development and local control benefits, as well as support from organizations representing city and county governments. But the University of Georgia and the university system had yet to weigh in as of press time. 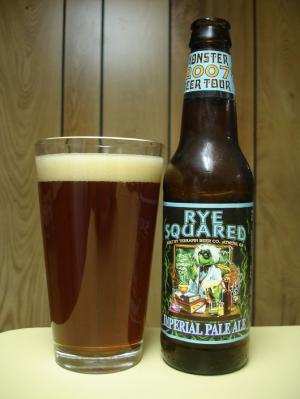 To alcohol! The cause of, and solution to, all of life’s problems.

More Booze Nooz: Commissioners must have been tipsy when they pored over alcohol laws back in 2010, because they forgot to think about the hard stuff. Now somebody wants to open a distillery. No more running ‘shine for us!

Meanwhile, the commission’s Legislative Review Committee is mulling over ACC’s ordinance regulating beer gardens at the request of Twilight Criterium organizer Gene Dixon, who wants to set up one giant beer garden near City Hall for the criterium’s Americana Music Festival rather than three smaller ones.

“What he wants to do is bring all those together in a 900-person beer garden right in front of the stage,” ACC Central Services Director David Fluck told the LRC. “Now, our ordinance doesn’t allow for that.”

As Athens Downtown Development Authority board member Bill Overend explained to the LRC last week, the City of Athens experimented with doing away with open-container laws in the 1980s for special events like Twilight and UGA football games. The result (predictably, I’d say) was pandemonium. One cyclist was severely injured when he wrecked avoiding a drunken spectator, Overend said. So, city officials wrote the beer-garden law especially for Twilight.

“This ordinance was designed for a bike race, which is great, but it doesn’t necessarily work for an outdoor concert,” he said.

Police, however, raised concerns about keeping order in a bigger beer garden. They’d need three or four times as many officers to patrol it and stop minors from drinking, Police Chief Jack Lumpkin said.

“We don’t have the staffing to have a Mardi Gras atmosphere,” Lumpkin said. “It’s a significant risk, and if we don’t keep downtown safe, it’ll damage our economic engine.”

Destroying Buena Vista: After the ACC Commission’s agenda-setting meeting Thursday, it looks like Buena Vista Heights will become a historic district—but how much of the neighborhood is included remains to be seen. (See Athens Rising on p. 6 for a breakdown on what properties might be left out.)

Although Commissioner George Maxwell had signed onto Commissioner Kelly Girtz’ proposal for a smaller district, Maxwell said he “ran across something the other day” that reminded him of what Buena Vista was like when he was growing up. “It made me look at it very deeply and wonder ‘What have I got myself into now?'” he said.

Maxwell said he discovered that the district’s early 20th-century residents were primarily black cooks, farmers and laborers, with working- and middle-class whites living in nearby Boulevard.

“This neighborhood has already been partially destroyed once,” he said. “If you take a stroll now on Yonah Avenue, you see where the African-American people were put out of their homes to build… $500,000 houses. I hate to see the rest of the Buena Vista neighborhood lost like it was to the Yonah Avenue residents.”

Maxwell referenced residents’ concerns that the area is being overrun by developers tearing down affordable, older houses to make way for student condos and McMansions for the wealthy. “Let’s not destroy the Buena Vista neighborhood in order to satisfy investors, especially those who are looking at the new University of Georgia medical school,” he said.

Adams’ New Digs: Some folks on campus were understandably dismayed when they found out that UGA is spending $25,000 to convert one of two classrooms in the just-opened Special Collections Library into President Michael Adams’ new office.

Adams will be moving into the new office in June 2014, after he retires and takes a year off for travel. It wasn’t his decision, he told reporters last week, but he’s glad it turned out that way. “It will be handy for me for teaching and writing,” Adams said.

The office is just one of the perks Adams—who will hold the position of regents professor after retirement—will receive. The Board of Regents also gave him $2.7 million in deferred compensation spread out over five years after he retires.

University officials told The Red & Black that they’ll convert other spaces into classrooms, but who knows how much that will cost.

Adams—as he often does—also used his monthly media briefing to hammer on the need to properly fund higher education, where the state has cut billions of dollars in recent years.

“I think in some ways we have lost the high road, for whatever reason, on the fact that higher education is a public good as well as a private good,” he said.

This article was updated to correct the distance a store must be from a college campus to sell alcohol. It’s 100 yards for beer and wine and 200 yards for liquor.